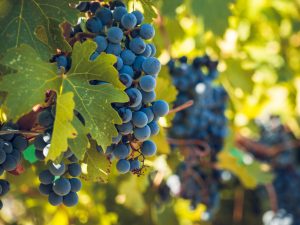 In 1975, John Williams planted the first wine grapes on Red Mountain, the tiny AVA 15 minutes west of Richland. Washington wine was an unknown entity, but researchers were prophesying great vintages from the state’s windblown soils. At the urging of industry pioneers like Walter Clore, Williams planted familiar, traditional varieties — Cabernet Sauvignon, Merlot, Riesling. But Clore and others also believed Lemberger would do well there. Williams took that advice, too.

Today, Lemberger has become Kiona’s crown jewel. Red Mountain is famous for world-class Cabernet, and Kiona’s is among the best of the area, dominating their portfolio of 18 different varieties and accounting for 60 percent of their production. Lemberger makes up just a smattering of their acreage, but it’s the wine that sets them apart from the crowd.

And that was Williams’s intent from the beginning. Kiona was the first to produce a commercial Lemberger in the United States. Before that, it was grown primarily by researchers and hobbyists. Today, it can be found in New York’s Finger Lakes area and a few vineyards in Washington, Oregon, and northern Idaho. But Kiona remains the sole producer that is bottling the variety in Washington. 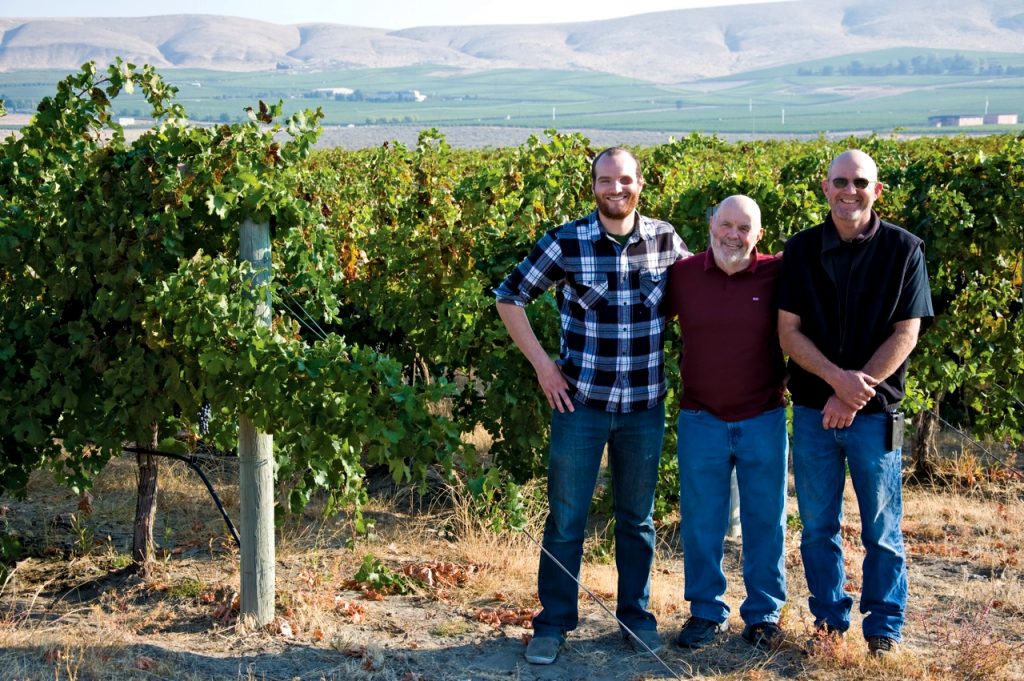 Lemberger’s heritage — a cool-climate grape native to Germany and Austria — is often associated with lighter, somewhat tart wines. “In other areas, it’s almost like a Beaujolais nouveau,” says Kiona Sales Manager JJ Williams. He is John’s grandson, and his father, Scott Williams, is the general manager of the business. “Ours is on the darker end of the spectrum. Kiona’s is probably the most deeply colored and structured Lemberger on the planet.”

The original plot of Lemberger lies directly west of the tasting room’s expansive patio. More acreage has been added over the years, all in the lower elevations sloping down to the southwest, where it flourishes even through the occasional harsh winter that can sometimes decimate a Cabernet crop. “Every grape has its quirks, but Lemberger is a delight to grow,” JJ says. “It’s low-maintenance, with good color, good structure, good acid, good aromatics.”

The wine’s biggest problem, he adds, is marketing. The name sounds a lot like a stinky cheese. And it’s not a well-known variety. But that’s part of its charm – when the senior Williams first bottled Lemberger, he quickly realized it offered him the opportunity to pour something unique for wine writers and visitors at his tasting room.

“In the ‘70s and ‘80s, it was no weirder to be pouring Lemberger than it was to be pouring a bottle of Washington wine,” says JJ. “Today we’re known for our Lemberger. It’s a critical and commercial success.” The 2011 and 2012 vintages both earned 90-point ratings.

“Over the years, different consultants have recommended renaming it and doubling the price. It tastes like it’s more than a $15 bottle. But we’re kind of a no-frills bunch,” JJ smiles. “If we were to take the exact same wine and call it something it’s not and also raise the price, that would be unfair to the people who have been buying it for the past 35 years.”

Anne Sampson lives in Richland, Washington, where she writes about wine, food, and culture. She has written for Wines & Vines, Good Fruit Grower, Northwest Palate, Appellation America, and Salon.