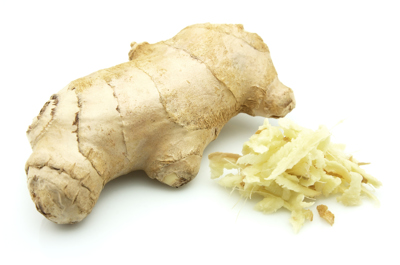 Fermenting at home is easy, but the process is bound to leave beginners with questions unanswered. Fermented foods take advantage of the natural process of converting sugar to alcohol (as with wine) or creating lactic acid and using bacteria to ferment foods (as in yogurt). The process results in a bubbling batch of ingredients that eventually settle down, tasting tangy and sour in a good way.

Beginners will get the best results with a starter culture specific to the project. For vegetables, there are a handful of starter cultures available, the most popular being Caldwell’s, which you can find online. Adding a starter (which contains “active lactic bacteria”) to your vegetables assures you have the good bacteria working for you and takes away some of the guesswork.

This relish ferments quickly and can be eaten in about four days. The tangy beets retain their crispy texture and have a spicy Asian note thanks to the addition of ginger and warming spices. A half gallon canning jar with a metal ring and removable lid works perfectly, as they allow a bit of air to escape during fermentation. Serve the relish alongside roasted pork or as a replacement for salsa on tacos.

In a large mixing bowl, add the grated beets and salt, tossing with your hands to combine. Using your palms, push the salt into the beet, really massaging it and breaking up the beets slightly. They will start to lose their liquid. Massage until about a cup of liquid forms.

Add the grated ginger and vegetable starter and toss to combine. Using a measuring cup, add a cupful of beets at a time to the jar. Sprinkle a few cloves and cardamom pods in between layers as you work. Once all of the beets are in the jar, press them down with a wooden spoon to expel any extra juice. You are aiming to cover all of the beets with about 1/2″ of liquid.  (If you need to add more liquid, make a salt solution by dissolving 1 tablespoon sea salt into one cup of water and adding to jar.)

Screw on the jar lid and metal ring, being sure not to tighten all the way down. Leave a bit of give in the torque, allowing some air to escape. (Fermentation creates air bubbles and if the lid is too tight, the jar may burst.)

Set the jar in a dark, warm cupboard.  After four days, taste for flavor. If you would like them to be stronger in taste, let them ferment for another day or so. Once the beets are to your liking, store in the fridge, which retards fermentation. Beets will keep for several weeks. 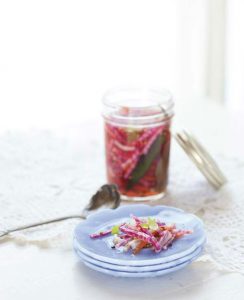 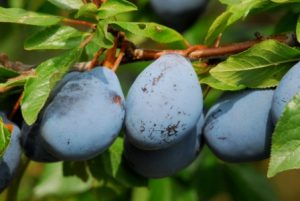 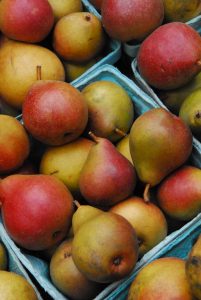