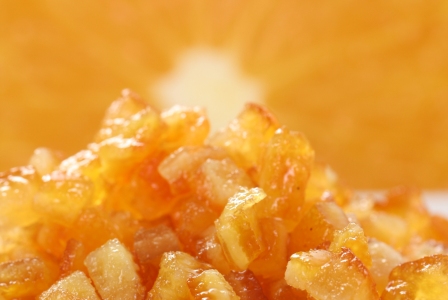 This time of year, the best way to boost your pantry is to step outside our local sources and reach for some citrus. As winter draws to a close, we could all use a little zing, and these two recipes are both zingy and versatile.
The secret to a good marmalade is in your preparation. Make sure to leave time to peel and slice your fruit properly, and reserve the seeds for an added boost of pectin. You can leave the citrus rinds as thick or thin as you prefer, but I like long thin slivers in my marmalade. This recipe is a great marmalade basic that will leave chewy rinds suspended in clear orange jelly. You may use any oranges you like. I love Valencias for their heavy juice, or Cara Cara, whose rind smells and tastes like a traditional orange but whose fruit gives a lovely red tone.

This basic marmalade recipe can be modified to suit you with the addition of spices or booze. A splash of bourbon stirred in at the end will smooth out the bitterness of the citrus and give the marmalade some depth. You may also add a vanilla bean to the pot, infusing the fruit with a round sweetness from the beans. A whole clove or two also complements the citrus, offering a bit of warm spice to the jar.

Marmalade is a great pantry staple because of its ability to be served with sweet or savory foods. Use this on your toast, or smear a layer on the bottom of a sweet tart. You can also add fresh garlic and water to the marmalade for a fresh-tasting glaze for fish, chicken, or duck. I also serve marmalade on cheese plates alongside a soft creamy cheese.
Orange Marmalade

Makes about 4 half pints
start to finish: 1 hour + overnight

With a vegetable peeler, remove the outer peel from both the oranges and the lemon, avoiding the white pith. When done, stack peels, cut into very thin strips and toss into a large pot. Cut the peeled fruits into halves. Extract the seeds and juice from each half, placing the seeds into a muslin bag and reserving the juiced halves. Pour the juice from the fruit into your pot, along with the muslin bag of reserved seeds. Add all of the juiced lemon halves, and 4 of the juiced orange halves. (Adding the juiced citrus halves aids in adding pectin to the marmalade.) Add the water and set over medium-high heat. Bring the mixture to a boil and then reduce the heat to a simmer, cooking until the rinds are soft, about 30 minutes. Cover the pot and put in the refrigerator for at least 6 hours or overnight.

The next morning, measure the marmalade. For every cup of citrus and liquid, add 3/4 cup of sugar to the pot. Return the pot to medium-low heat and cook down the mixture. Skim off any foam that forms and stir the marmalade often. Put a plate into the freezer for testing the set. Cook until the marmalade gels, 30 to 60 minutes.

While marmalade is cooking, prepare jars and lids for canning by washing in hot soapy water. To test the marmalade, remove the plate from the freezer, spoon a small amount onto the cold plate, and let it sit a moment. Push the marmalade with your fingertip. If a wrinkle forms in the jelly, the marmalade is done. If it is loose and runny, keep cooking and stirring until thickened. When your desired consistency is reached, remove the muslin bag of seeds and the citrus halves, squeezing any excess juice into the pot. You can compost your solids.

Add the hot marmalade to the jars. Using a damp clean towel, wipe the rims of the jars, and place lids and rings on the jars. Process in a water bath for 10 minutes. Remove the jars with tongs and let them cool on the counter. When cooled, remove the metal rings,check for proper seals, and label with date and contents. Store in a cool, dark cupboard until ready to use, for up to a year. Store in the fridge after opening.

Salt has long been a means of food preservation. Salt helps to dehydrate food, therefore creating an environment in which bacteria are not prevalent. When salt preservation is applied to simple lemons, the outcome is an intensely flavored pantry ingredient that is simple to make and stores well. Lemons are sliced and rubbed with coarse salt, the juice and salt acting as the preservative. Over a few weeks the lemon rinds, pulp, and pith become soft and velvety.

Preserved lemons are a staple of Moroccan cuisine but can be used in most savory dishes calling for lemon. They can be chopped and sliced for salads, relishes, stews, and more

Tasting of muted lemon, with none of the sour tang, they add a subtle undertone to dishes. Replace the fresh zest in a gremolata with preserved lemon, and you’ll instantly change the dish. Preserved lemons have a flavor unto themselves, at once clean yet rich. They can be added to a compound butter or used in long braises. They also add a nice flavor note to room-temperature salads made with grains or legumes and can be used as a quick garnish to simply steamed vegetables. To make preserved lemons yourself, you can use Eureka lemons or Meyer lemons when they are in season. Always opt for organic fruits when possible, as you will be eating the outer peel. Don’t worry too much about brown spots sometimes found on organic citrus—they will cure just fine.

Working over a bowl, slice the lemons in quarters, leaving one end intact so they split open into four wedges, but are still “whole” lemons. Give them a squeeze to release some juice. Rub salt into each lemon (about 1 tablespoon per lemon), making sure to press salt into the interior flesh and cover the rinds. Place the lemons in a clean glass jar, and pack densely, pressing down to expel some juices. Cover and store on the counter to monitor progress for three days.

Over the next several days, the jar should fill, covering the lemons in their own juice. If after three days the lemons are not submerged in their juices, add some fresh squeezed lemon juice to cover fully. Once they are fully submerged in juice, store in a cool, dark cupboard for three to four weeks before using. After the lemons are completely soft and preserved, store them in the fridge and use within six months.

Rinse preserved lemons thoroughly in cold water before using. You must rinse off the salt, leaving behind only the sweet skin. You can pull out the pulp then finely chop or thinly slice the skins. It is also safe to use the entire lemon (pulp included), but that is best used in stews or roasts. Be sure to adjust the salt in your recipe accordingly, as the preserved fruits will lend some saltiness to the dish. 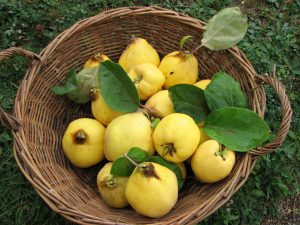 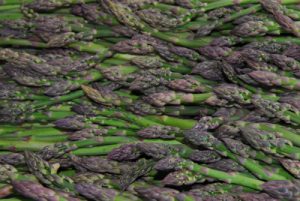 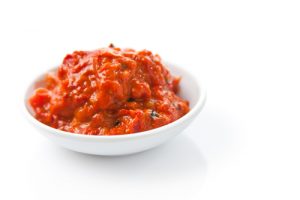