This classic leek tart comes from the Picardy region of Northern France. I’ve changed it up a little by omitting the traditional top crust, adding a little cheese to the bottom crust, and sprinkling some pancetta and chives into the leek filling for greater depth of flavor.

If the weather is kind, a flamiche makes a spectacular and unusual contribution to an outdoor potluck or picnic. 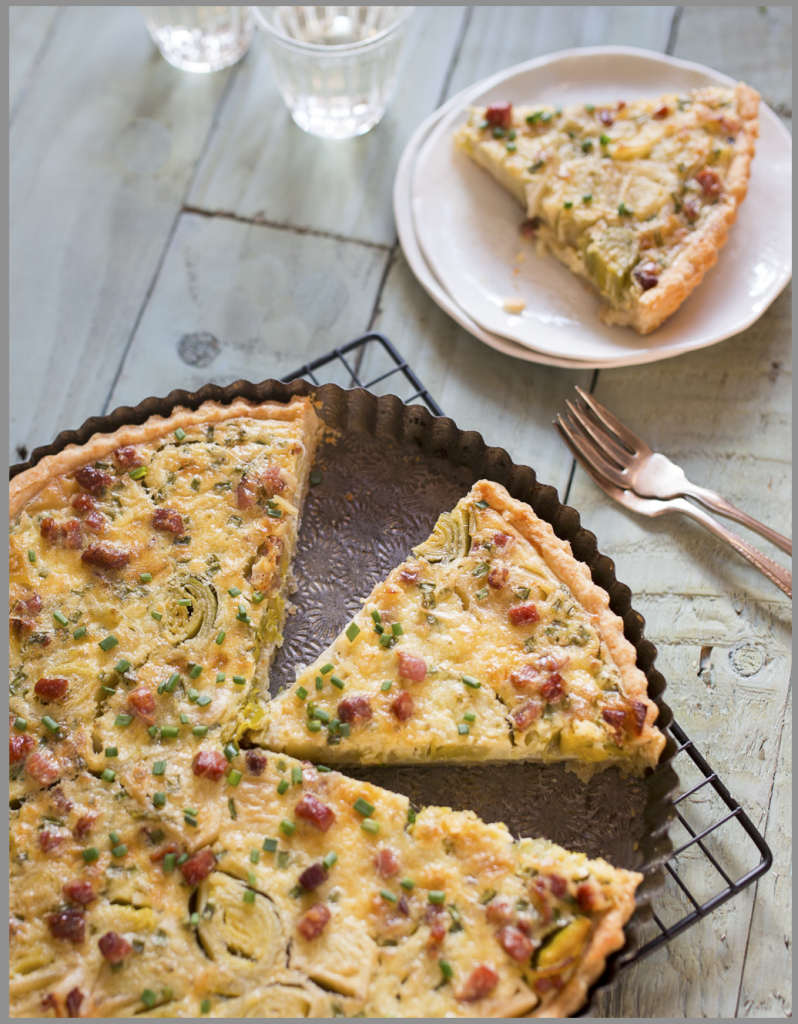 As with all pie crusts, keep everything very cold. I keep a bag of flour in the freezer, use butter straight from the fridge, and work as quickly as possible.

Place the flour, cheese, and salt in a food processor and process for a few seconds to combine. Add the butter, and process until the mixture resembles coarse sand, about 10 seconds. Add 4 tablespoons of iced water and then process for about 10 seconds until thoroughly mixed in. Then add more iced water, a tablespoon at a time, pulsing for a few seconds between each tablespoon, until the pastry starts to combine around the blade.

At this point, pull out the dough and knead it gently on a lightly floured surface until fully combined and smooth. Flatten the dough into a thick disk and cover with plastic wrap. Refrigerate for at least 1 hour before using.

Preheat the oven to 390°F. Thoroughly grease an 11-inch fluted quiche/tart pan. Roll out the dough to make a circle slightly bigger than the pan and then line the pan with the dough, pressing it firmly into the sides and running a rolling pin across the top edges to trim the sides. Prick the base all over with a fork. Line the crust with a circle of parchment paper and fill the crust with baking beans or pie weights. Bake blind for 12 minutes.

Remove from the oven and brush the base with egg wash. Return to the oven for another 5 minutes. Remove and set aside to cool.

Wash the leeks thoroughly to remove the dirt and grit that can get between the leek leaves, removing outer leaves as necessary. Pat dry. Remove the roots and slice the white and pale green parts into 1/2-inch rounds.

Melt the butter in a large high-sided saute pan or saucepan and add the salt and water. Stir in the leeks until coated. Cover and reduce the heat to low. Cook gently, stirring occasionally, until the leeks are very tender, about 15–20 minutes, being careful not to let them brown. Then remove the lid, turn up the heat a little, and allow any excess liquid to bubble off, about 2–3 minutes. Set aside to cool.

In a skillet, sizzle the pancetta cubes until golden and set aside. Spoon the cooked leeks into the cooled crust and sprinkle with the cooked pancetta.

In a bowl, combine the cream, egg, egg yolks, cheese, salt, pepper, nutmeg, and chives with a fork until evenly blended. Pour the mixture on top of the leeks and pancetta in the crust, taking care to push it into all the gaps between the leeks.

Bake the flamiche in the center of the oven for 35–40 minutes until golden and set. 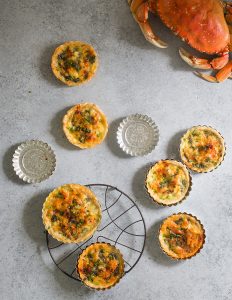