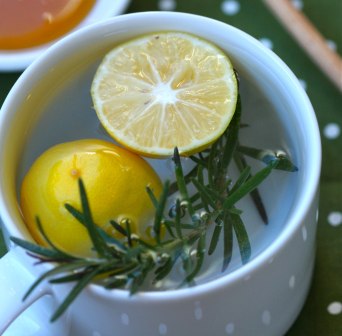 If there’s one thing you can rely on Seattle farmer’s markets to have in March, it’s honey. Buy a jar and try one of these throat-taming teas.

Meyer Lemon and Rosemary Tea: Add boiling water to a mug with the juice and (squeezed) half of a Meyer lemon, a sprig of rosemary, and plenty of honey.

Honey-Ginger Posset: Simmer 1 thinly sliced thumb of ginger in 6 cups water for 15 minutes. Add honey to taste and strain into mugs. Add about 1/2 tablespoon butter to each cup, and stir until melted.

Apple Cider Vinegar Tea: For a convenient twist on the traditional lemon-and-honey concoction, add 1 tablespoon vinegar and about 2 teaspoons honey to a mug of just simmering water.

Sweet Barley Tea: For an earthy, soothing after-dinner drink, simmer a cup of pearl barley in a quart of water until the barley is tender. Strain the liquid into a large measuring cup, reserving the barley for another use. Season with honey and orange juice.

Honey and Lavender Tea: Steep a big pinch of culinary lavender in a mug of boiling water for 5 minutes, then sweeten with honey to taste. 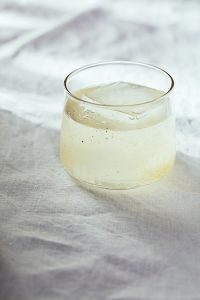 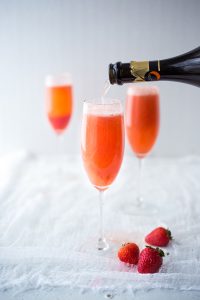