Quick quiz: What kind of grape is Bordeaux? What climate is best for meritage? Where does a claret grow? And what is an apogee?

Wine people throw around a lot of words, and it can be fun to decipher some of that lingo. Bordeaux, of course, is a French wine region, and only wines produced there are eligible to be labeled with the name. Claret is a term Brits use for Bordeaux wines, but its meaning has expanded to include Bordeaux-style wines — wines blended from grapes traditionally grown in Bordeaux, but not necessarily from the region. Meritage is an American invention; it entered the lexicon in the late 1990s, when a group of California winemakers formed a trade association and branded the name. It’s meant to distinguish Bordeaux-style red blends with a more impressive name than, well, red blend.

So what is an apogee? Literally, it’s the farthest point in the moon’s orbit around the Earth. But you might have guessed that it, too, refers to a Bordeaux-style blend. It’s the name that Baker Ferguson — founder of the renowned Walla Walla winery L’Ecole No. 41 — chose in 1993 for the winery’s first premium blend, sourced exclusively from the Pepper Bridge Vineyard. Today, it is one piece of the triumvirate of crown jewels that comprise L’Ecole’s finest bottlings. Perigee, from the Seven Hills Vineyard, appeared in 2002, and Ferguson, from the Estate Ferguson Vineyard, was born in 2011. In a market where consumers flock to cabernet sauvignon, L’Ecole chose 25 years ago to emphasize terroir.

“In the early 1990s, the concept of vineyard-designated blends was new,” explains Marty Clubb. He is Ferguson’s son-in-law, and today is the managing winemaker and co-owner, with his wife Megan, of L’Ecole. “Baker came up with the name Apogee. The primary meaning was to reach a high point, an idea that represented the wine well. Nine years later, we launched Apogee’s counterpart, Perigee, from Seven Hills Vineyard.” 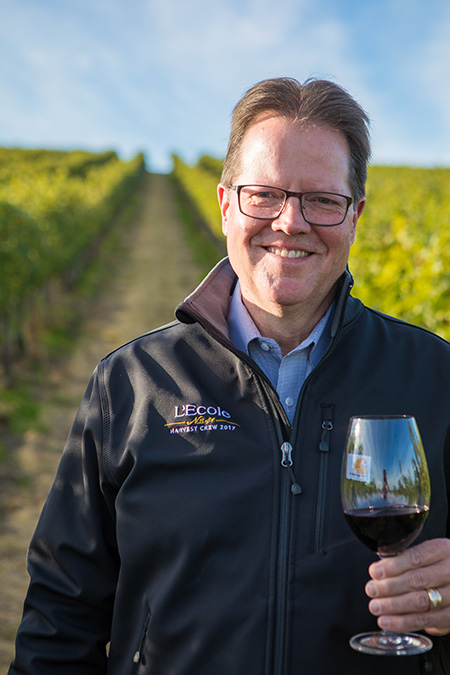 Perigee complemented Apogee, as the winemaker’s vision expanded. “These vineyard sites were uniquely different in terms of soil, aspect, rainfall, and heat units — their terroir, you might say — and the wines were equally as different in terms of style,” Marty continues. “We liked the yin and yang of Apogee and Perigee. Plus, Perigee means close to the earth, and we had recently started our sustainable farming program, so ‘close to the earth’ seemed to fit.”

And then came Ferguson. L’Ecole is a partner in the group that owns Pepper Bridge and Seven Hills vineyards, but it is the sole owner of the 42-acre Ferguson Estate Vineyard, just above the Seven Hills site in the southern part of the valley. Named for L’Ecole founders Jean and Baker Ferguson, the first vines were planted in 2008 and 2009. The fruit was so distinctive, Marty says, that it became L’Ecole’s third premium blend. And the world took notice. With its first vintage in 2011, Ferguson was named the best Bordeaux blend in the world at the 2014 Decanter World Wine Awards. Two years later, Ferguson brought home the hardware again when it won the award for Best New World Bordeaux Blend at the Six Nations Wine Challenge in Australia.

L’Ecole’s cellars are stocked with plenty of noteworthy varietals, but Marty’s success with these blends is a testament to the Walla Walla Valley’s maturation into a world-class wine region, not only because of its fruit, but also because of the sensibilities of the winemakers.

“During the ‘90s, the focus in the marketplace was on merlot and cabernet sauvignon,” Marty recalls. “There were always small pockets of people who got this notion of single-vineyard blends, but the number of people who understand what that’s all about has grown enormously. The difference today is there are a lot more people who not only understand it, but are looking for that wine.”

Statistically, the contents of Apogee, Perigee, and Ferguson are strikingly similar. Each is a blend of 50–60 percent cabernet sauvignon (the structure of the blend), 20–30 percent merlot (full fruit flavors, with black cherry notes), 10–15 percent cabernet franc (aromatic and floral, like rose petals), and smaller amounts of malbec (mint and mocha in the mid-palate) and petite verdot (spicy, what Marty calls “blackberry pie in a glass”). But they all showcase the distinct flavors of their terroirs.

“By using that many varieties and building one wine from them, you end up with a more complex wine,” Marty explains. “The goal is to make a single-site classic Bordeaux blend with great structure, great ageability, with beautiful balance and integration. When you consume that bottle of wine, you’re tasting the vineyard.”

Pepper Bridge Vineyard, where Apogee is born, is the lowest of the three sites, at 850 feet elevation. “It’s right in the pathway of cool mountain air from the Blue Mountains, so despite its low elevation, it is a later-maturing site,” Marty explains. Pepper Bridge is covered in soil deposited by glacial ice-age floods, yielding classic Bordeaux flavors of leather or tobacco. “It has longer hang time, darker fruit, a bigger phenolic structure. You get a little more tannin in the wine and a higher acid level. It almost demands some age time.” 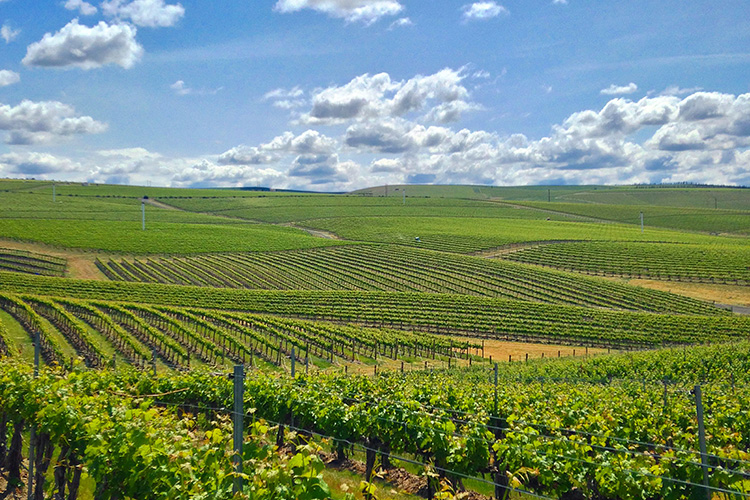 On the warmer, dry side of the valley, at 1,000 feet elevation, sits Seven Hills Vineyard, where Perigee fruit grows. The deep deposits of wind-blown loess are rich in minerals and free-draining, but with a unique ionic ability to hold water, enabling roots to take hold. “This is our first vineyard to pick,” Marty says. “Of the three wines, this is the most elegant. It has the prettiest aromatics, more cherry, more cedar notes, a little more silky tannic structure.” While Perigee might be the showiest, he adds, “It may not have the longevity of the wines from Pepper Bridge.”

Just above Seven Hills, at 1,450 feet elevation, lies Ferguson Estate Vineyard, a thin layer of loess soils covering fractured basalt. Up here, wind is the biggest challenge. “It not only beats the canopy, but that constant movement thickens the skins of the fruit,” Marty explains. “Thicker skins tend to give you bigger phenolic structure. And the vines are growing literally in hard basalt. It’s a rough environment.” Iron-rich red clay lines the fracture zones of the basalt, very different soils from any of L’Ecole’s other vineyards, producing unique flavors. “What you have is immensely structured, with the highest natural acidity from the elevation, a basalt mineral-driven wine that begins to look more and more like a classic Old World Bordeaux.”

Anne Sampson writes about wine and the people who create it, from her home in Richland. She also writes about food, travel, and culture around the Pacific Northwest. She is a fellow of the Professional Wine Writers Symposium. 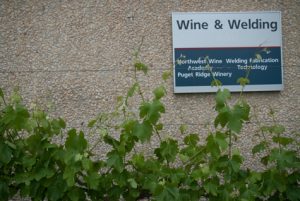 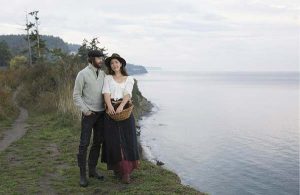 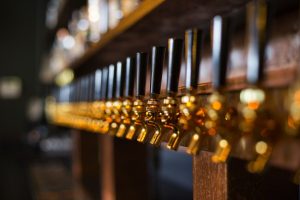