[twocolumns]Julie Tall has a motto, “Don’t jump halfway across the ravine.” In opening Capitol Cider, Seattle’s first cider-focused pub, in June of 2013, Tall made the jump, and a huge leap of faith as well. Originally conceived as a bar and bottle shop, the venture has grown into a two-story, full-service restaurant and bar with a large event space in the basement. For Tall, it wasn’t merely crossing the ravine. The journey provided opportunities to combine art, food, history, and design.

It was Tall’s son, Spencer Reilly, who inspired her to open a cider pub. Reilly had spent time living in Portland, which has two popular cider bars—the Bushwhacker and Reverend Nat’s. In the last few years, cider, a drink popular in Colonial America, has been experiencing double-digit growth. Despite the growing popularity of cider around the country, however, no one in Seattle had capitalized on the trend. Tall, who gave up gluten in her diet 15 years ago, also saw the opportunity to combine a gluten-free restaurant with naturally gluten-free hard ciders.

Ciders dominate the 30 tap handles, with around 20 regularly on rotation. “We have a constant mix of draft ciders we’re curating,” says Tall, “a mix of scrumpy style, oak aged, various fruit infused ciders, exotic flavors, and a range of sweet to dry ciders.” Capitol Cider keeps around 10 taps dedicated to beer, but it’s the cider that sells out first. There are also dozens of ciders available by the bottle, which appear on rotating flight lists and are sold for take-home purchase as well. These flights allow cider enthusiasts to sample different ciders within a certain style—like oak aged, or from a specific region. And the restaurant hosts release parties throughout the year, featuring various cidermakers and their latest products.

When it comes to their kitchen, instead of focusing on gluten-free substitutes, Capitol Cider offers a menu naturally gluten-free: pork chops with polenta, sweet potato and chestnut gnocchi, steak frites, and fish & chips. The brunch menu includes grits, hash, scrambles, potato croquettes, and corncakes. “I didn’t want ersatz food,” says Tall. Recognizing that many gluten-free diners also have other allergies, the kitchen steers clear of nut oils as well, frying their fish and chips in rice oil and making pesto with pumpkin seeds.

Chef Eric Jackson, most recently the Chef de Cuisine at the Coterie Room, sources cornmeal, oats and cornstarch from gluten-free producers like Bob’s Red Mill. For the batter on the fish and chips, he combines rice flour, cornstarch and cider, resulting in a shatteringly crisp crust. The menu also echoes Jackson’s passion for seasonal food and locally made products. He recently studied cheese making at Cherry Valley Dairy in Duvall, and is collaborating with the creamery on a cheese for the restaurant with a cider-washed rind. Cider makes its way into the kitchen in many ways. Braises, gastriques, brine for pork chops and bacon, and the housemade pickled vegetables all include cider.

But food and cider are only two parts of the story at Capitol Cider; art and history is the third. “I was very familiar with the idea of America being raised on cider,” says Tall, a former interior designer. “Families grew their own cider apples to make their own hard cider. Even young children were raised on a version of this, as most water wasn’t potable. When I thought about the origins of cider,” she explains, “I landed on the concept of The Old World meets the New World circa late 1700’s to late 1800’s…the theme encompassed the countries of origin of cider: Spain, England, France.”

Tall, a former acupuncturist who chaired the Board of Trustees at Bastyr University for five years, ultimately wanted to create a space that delighted the senses. There are books sprinkled throughout the restaurant, in addition to the paintings, art shows, communal games, and live music, as well as food and drinks. “I wanted to create a place with a strong sense of welcome, invitation and delight,” Tall explained. “When someone walks through the door, I want all of the senses to be engaged as well as the mind and the imagination. The result is country estate meets captain’s quarters. The walls are adorned with over a dozen oil painting reproductions of masterworks by students in the Aristedes Atelier at the Gage Academy of Art, where Tall is currently President of the Board of Trustees.

On a recent visit, I gave Capitol Cider a challenge, ‘Which ciders do you serve a beer-loving, hop head?’ I felt it my duty to ask the question most beer-drinkers have when it comes to cider. By way of an answer I was given a smoky flight of oak aged ciders, including Fire Barrel from Finnriver Cider near Port Townsend. Oak aged ciders challenge the overly sweet image of the beverage. I later tried Hogan’s Cider from the U.K., which has an appealing funkiness, combined with a crisp tannic quality that is clean and refreshing. Turns out there is more to cider than might be assumed.

As Capitol Cider approaches its one-year anniversary, the restaurant has hit its stride. Art students fill the aptly named Ballast Bar and Game Room in the basement for “Drink and Draw” events. Cider enthusiasts flock to cidermaker dinners and release parties. The kitchen has expanded the menu to include housemade sausages and offers brunch on the weekends. Tall is involved in the day-to-day operations of the business, in addition to continually refining the space. “My hope is to engage people on many different levels,” she says. I wanted to create a space that one could roll into after a day of cross country skiing, or wander into after a night at the theatre, and feel equally comfortable and at home.” With new appreciation for an age-old beverage, and an all-inclusive menu, she’s bringing everyone to the table.[/twocolumns] 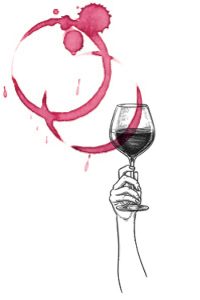 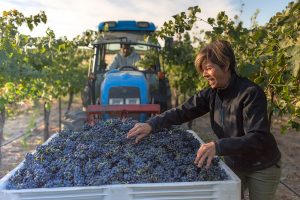 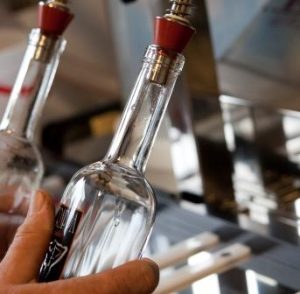