One of the Pacific Northwest’s most innovative breweries sits not in the craft beer hubs of Seattle and Bellingham, but in the fertile farmlands of Skagit Valley.

Farmstrong Brewing Company’s story begins with the cover crop — the practice of planting soil-enriching plants after a more profitable crop’s harvest. In Skagit Valley, grains are the most prominent cover crop of all.

Farms have cultivated grains for decades as a way to reintroduce nitrogen into soil depleted by apple production, among other harvests. Historically, the “nitrogen-fixer” grains were simply ground up and added back into the soil as compost. But in 2013, Skagit Valley Malting began buying up the grains, roasting and curing them, and selling them to local breweries like Farmstrong. The result is a match made in craft-beer heaven.

Founded in 2015 by Dan Cameron, Mike Armstrong, and Todd Owsley, Farmstrong, with its 5,000-barrel brewing system, quickly made a name for itself. But it all began one night when the three founders, sitting in a bar over a few pints, admitted to one another that, despite not having any experience, they all wanted to open a brewery.

“At the time, there was a huge Powerball payout,” Todd says. “Like $200 million. Mike and I had $50 worth of tickets each, and we said that if we won, we would open up a brewery.”

Even though they didn’t win the lottery, the friends registered a domain name, and their dream slowly took shape. Today, Farmstrong employs 12 people, between the brewing operations and the inviting taproom, and produces about a dozen beers, from a smooth black lager to a subtly citrusy Cover Crop Pale Ale.

More recently, the brewery started producing a couple of apple ciders under the moniker Ragged & Right Cider Project, along with a barley wine, a robust porter, three IPAs, and a number of lighter beers, like their flagship Cold Beer Pilsner, an affordable, light American lager. But while the tap list is diverse and expansive, Farmstrong’s mission is singular and clear.

“Ever since we opened,” Todd says, “our founding principle has been to showcase the agricultural viability and sustainability of Skagit Valley. We’re one of the top six areas in the world for growing grains. Now we have the malting company, and we can really promote what they do.”

Farmstrong’s beers celebrate the region’s grains, highlighting experimental and heritage grains that don’t often show up in other beer. One recent concoction uses Skagit Valley Malting Company’s Fiery (pronounced “fee-ree”) Malt. The term refers to the freshness of the grain — any grain — which is picked up from the malting company by Farmstrong right out of the kiln, at about 150 degrees Fahrenheit.

Unlike traditional beer malts that are dried, roasted, and cured, Fiery Malt is only dried and roasted —cooked, but not left out to cure for weeks. Similar to fresh hop beer (made with just-picked hops that haven’t been dried), using Fiery Malt is like making a “fresh-malt” brew. The result is the brewery’s popular “Fiery Theory” series. Skagit Valley Malting has so impressed Farmstrong’s founders that they plan to use these grains exclusively by the end of 2019.

“It really changes the game,” Todd says. “Up until craft malters came along, brewers only had access to about six different grains. Only six species were available in the world. Now there are a couple thousand of experimental varieties in the world. And in the Skagit Valley, there are about 150 different varieties to choose from right now.”

Todd, who worked in finance before starting a craft beer distributing company that he eventually sold, keeps one eye on Farmstrong’s budding trajectory and the other on the wider craft beer industry.

“I think craft beer is engrained in the community now, across the country,” he says. “Because I don’t think what we do is just sell beer. We’re independent, we’re rebels, and as long as that continues, we’re not going away.” 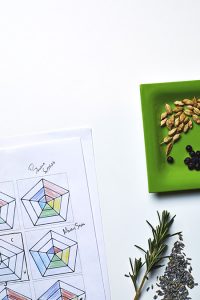 It’s All in the Nose 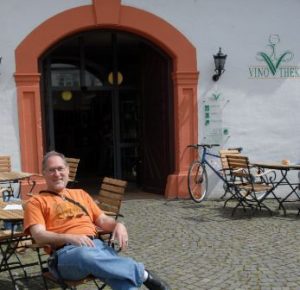 The Gospel According to Joel Butler 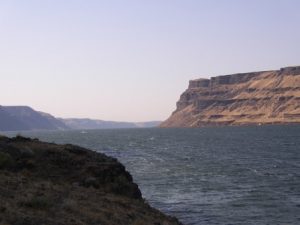