The King of Mozzarella

Cheese is an art at King’s Mozzarella, where Costas Romero handmakes it the old-fashioned way

Cheese is an art at King’s Mozzarella, where Costas Romero handmakes it the old-fashioned way.

Costas Romero, his wife, and kids moved to Seattle on impulse. “We didn’t know anyone. No friends, no jobs, no apartment lined up,” he says. “Truly, we started from nothing.”

Still, Costas was convinced that his young family could grow and thrive in Seattle, so they packed up and made the journey to Washington from upstate New York. When they got to town, Costas noticed a stark omission in the availability of fresh, hand-stretched mozzarella. He and his wife, Mary, set out to fill that gap in the market.

Costas grew up in Puebla, Mexico — a city of a few million that sits southeast of Mexico’s capital city, separated by a national park and a pair of snow-capped volcanoes. His parents owned acreage there, where the family harvested corn, beans, watermelon, and pumpkins. The farm was their livelihood, and with enough work to go around, Costas and his siblings had to pitch in. “I’d get up at 5 a.m. and work for two or three hours before school,” he says. “But it was good because it makes me who I am now. It taught me hard work and how to respect time, money, land, and each other.”

Looking for his shot at the American Dream, Costas left Puebla when he was 16. He made his way to New York state and worked odd jobs before meeting the Italian cheese-making family who would teach him a new skill and change the course of his life.

“I wasn’t thinking of coming to the U.S. to make cheese, but I got the chance and learned how cool it was to make mozzarella. The old Italian guy said, ‘Are you sure you never made cheese before?’ Everyone has a gift, and probably this was my gift.”

Costas worked at the family’s cheese making facility for almost 20 years, contributing to everything from research and development to food safety. One crisp, sunny day in January 2009, his job took him to Seattle to demo products at Costco. “I said, ‘Wow, this is beautiful.’ People said it gets worse, but I love the rain.”

In 2010, Costas’s family — including his three young children — arrived in Seattle. It was a leap of faith, but not the first he’d taken in his lifetime. Mary encouraged her husband to employ his cheesemaking experience. He rebuffed the suggestion for years. She finally said, “Make some cheese, and I’ll stop bothering you about it.”

A year after the 2017 launch of King’s Mozzarella, Costas now works for himself full time. He and Mary make their cheeses in a 600-square-foot facility in Kent, with a little after-school help from their kids. King’s specializes in mozzarella, burrata, and Oaxaca cheese, as well as marinades made with fresh vegetables and herbs from their neighbors at Carpinito Brothers and their fellow farmers market vendors. King’s Mozzarella sells at ten farmers markets a week during the summer and three — Ballard, University District, and Capitol Hill — year-round.

Mozzarella isn’t just cheese, Costas contends. “It’s an art.” Cheese makers, like him, who make it the old-fashioned way, by hand, impart a milky flavor and soft, creamy texture without the addition of unnecessary ingredients. An un-aged, stringy cheese that’s high in water content and low in fat, mozzarella requires double processing. First, coagulant is added to milk and stirred over medium-high heat to form curds. “Once you have curds, you can make the mozzarella commercially in a machine or with your hands.” Costas reheats his curds in hot water set to a specific temperature, then stretches, folds, and shapes them until they take the perfect texture.

“Handmade mozzarella — when you put it in your mouth, you taste the milk, the mild flavor of the cheese, it’s not chewy, and it dissolves in your mouth,” he says. “It’s heaven.” Commercial vats can’t replicate that magic.

Costas has big plans for King’s Mozzarella. Like his dad, who built a farm and constantly envisioned ways to increase its size, scope, and output, Costas wants to grow his small business. He’s already thinking creatively about what that could look like. It’s his legacy, he says.

One thing is certain: Costas plans to create jobs to pay forward the opportunity he was given in New York to learn a new aptitude. Longer term, he wants to open a specialty cheese shop that offers an ever-expanding selection of cheeses representing every corner of the globe.

“I wake up in the morning not to go to work, but to grow something,” he says. “To see how many people enjoy what we make, that keeps me going. It’s an experience I can’t explain in words — it makes me cry.” 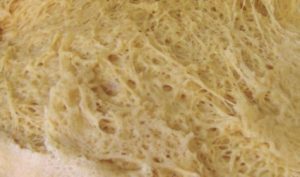 The Back Story on Yeast 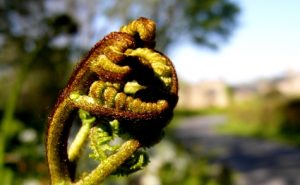 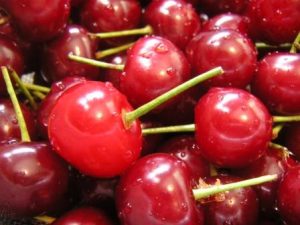