Planting the Seeds for Success

How to choose the right varieties for your garden 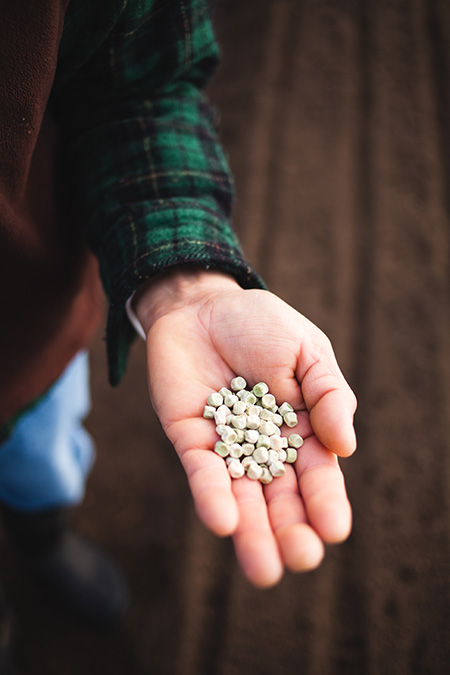 I bought my first two packets of seeds in the spring of 1995, and I was hooked. I was in Virginia and on my way to Portland. The seeds were herbs; I don’t remember which ones. I had exciting visions of little potted herbs in my new kitchen and I had no idea what I was doing. I’m pretty sure I never ended up even seeding them but those two packets were the gateway to gardening, which soon turned to market farming and eventually into growing some of my own seeds. In the two decades since buying those first seeds, I’ve pored over seed catalogs of all sorts; I’ve met seed growers and seed breeders; I’ve toured seed companies and seed cleaners; and I’ve learned a lot about how to select good seeds and how to grow them.

Hooked on the idea of growing my own food, the first gardening book I read that mentioned the big difference between seed sources was Steve Solomon’s Growing Vegetables West of the Cascades. The revelation there was that many big garden-seed companies sell gardeners poor-quality seeds to cut costs, assuming that gardeners won’t know the difference – and the seed companies are often right. Lesson one was to seek out quality seed sources — sources that sell to growers who would know the difference.

In 1997, eager to learn more about growing vegetables, I did a bit of volunteer work at Native Seeds/SEARCH in Tucson. Native Seeds is a cultural seed bank, collecting seeds from the Sonoran Desert region, along with the stories, songs, and traditions that went with them.

I also read Gary Paul Nabhan’s Gathering the Desert. He highlights a dozen plants from the Sonoran Desert and tells stories of how they were used by the native people of the region. Reading that book helped me appreciate life in the desert and clued me into the importance of the cultural and environmental context for seeds and plants. That lesson was further enforced when I moved from Tucson to a farm in California, bringing seeds with me. Those seeds, taken out of their desert environment, grew but didn’t really thrive. Lesson number two.

At Native Seeds/SEARCH, I worked in the grow-out gardens, where the collected seeds were grown to renew the collections. Seeds have a lifespan, and if they are not planted and regenerated every so often, they die, losing their ability to germinate. Fresh seed is so much more vigorous that I try not to use any seed that is older than a year, or maybe two. More lessons for me.

The farmer I apprenticed with in California taught me to read seed catalogs by reading between the lines. If a variety description isn’t absolutely over the top about the flavor it probably means that it doesn’t have exceptional flavor. A variety description that doesn’t mention vigor probably indicates a weak producer. Basically, anything that isn’t highlighted with claims of superiority probably isn’t superior.

I’ve refined that lesson a bit over time, realizing that each seed catalog has its own personality and expected audience. A catalog like Johnny’s Selected Seeds caters to market farmers around the country and thus selects many varieties that are well suited to that audience and points out features that market growers are looking for. I’ve found that Territorial Seed Company’s catalog, which is based here in Oregon but sells widely, has more of a homesteader personality. With some of the small Northwest regional seed companies I buy from, like Wild Garden Seed, Adaptive Seeds, and Uprising Seeds, I personally know the folks writing the descriptions, and I can hear them when I read the descriptions, catching little quirks that make them so much fun.

One of the wonderful developments in the seed world since I started buying seeds 20-plus years ago is that organic seeds are now readily available. When I was getting my start on organic farms, we were mostly just trying to make sure we didn’t get seeds that were treated with fungicides or insecticides. These aren’t usually sold to gardeners, but are common for conventional farms. Treated seeds are not allowed for organic farms, and organic farms are supposed to use organic seeds when available, but sometimes the definition of “available” is a bit loose. Organic-only seed companies that have focused on market farmers, like High Mowing Organic Seeds, along with the smaller regional companies, have really improved the availability of organic seed and the breadth of varieties.

There are a number of benefits to buying organic seeds, not least of which is that you’re supporting farmers who are growing organically themselves. You also have more choices than ever before. A recent emphasis on seed breeding has produced new varieties specifically adapted to the quirks of organic systems. Epigenetics — the study of how genes can be turned on and off by environmental conditions — is also starting to show more advantages to using organically grown seeds. It seems possible that plants may be passing a sort of memory along to their seeds of the conditions they were grown in – crazy!

With all of this in mind, there are three approaches I’ve come to when selecting seeds to plant in my garden and on the farm each year:

1. Look only at organic varieties.

2. Look for varieties that naturally have variation instead of growing many, many different varieties (it can be so hard to choose just one when those catalogs come). Examples of this are Wild Garden Seed’s Lacinato Rainbow kale, and 3 Root Grex beets from Fedco Seeds.

3. Grow your own seed. I grow a lot of my own seed, just for myself. If you’re just doing it for yourself, it doesn’t matter so much if the seed crosses with other plants (there are a few exceptions, but you might end up with something really interesting). In most cases just a few plants will give you many more seeds than you need

There are lots of books on saving seeds and breeding your own vegetable varieties, but I think Suzanne Ashworth’s Seed to Seed is one of the easiest references. If you want to try seed saving, my suggestion is to start with beans, tomatoes, and lettuce. Many flowers, like calendula (marigold) and bachelor’s button (cornflower), are also excellent candidates, and don’t forget herbs like coriander and dill.

The seeds I’ve grown for myself always do better than anything I’ve bought, and it’s fun to see the plant through its entire life cycle. We also happen to live in one of the premier seed-growing climates in the world for many garden vegetables, one more reason to buy from local seed companies and try saving your own.

Josh Volk is the author of the recent book Compact Farms. He writes from a desk littered with little piles of seeds collected from his garden, farms in Portland at Cully Neighborhood Farm, and travels around the country speaking to farmers and gardeners. You can find more about Josh at slowhandfarm.com. 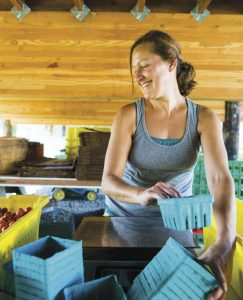 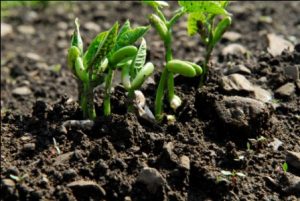