Get another crop underground now

BY BILL THORNESS
ILLUSTRATION BY YULIA SHE

Light, summer garden meals feel so fitting, fueling active outdoor pursuits. I just relax with an “ahh” when harvesting in a gentle breeze with the sun warming my neck. But as much as summer is about crisp, bright flavors, the falling leaves and long, cool nights of fall and winter evoke a deep desire for weighty, serious root crops.

Root vegetables are earthiness embodied in rounded, hidden flesh, and if you want them to stoke the hearty supper fires of winter, break ground now with more rows of roots.

Along with the staples of beets and carrots, try turnips, radishes, rutabagas, and parsnips. Some short-season crops, such as turnips, can yield harvests well into winter by seeding them in succession over a period of weeks. Carrots and beets can be grown to maturity by fall and then left in nature’s refrigerator (our maritime climate’s cool winter soil) and pulled as desired.

But winter is a long way off, and it’s easy to grow any crops in summer, right? Summer is, after all, our most dependable, bounteous season. However, the sun that generously warms half-grown spring plants can be cruel to a defenseless little sprout just trying to get a root-hold on life. Rough soil with a fertility imbalance can further stymie the seedlings. Some special techniques help get a good start on fall crops.

Spade and Shade the Soil

Boost root development by planting in a bed with great drainage. Raised beds with loose soil and plenty of compost are ideal. Some roots need rock-free soil. Carrots, for instance, will fork or deform when hitting an obstacle.

Pay attention to pH. Most vegetables like a neutral pH, and a crop like beets will be stunted in soil that is too acidic. Get an inexpensive test at the nursery to gauge the pH, and adjust with agricultural lime as needed.

Compost, combined with a bit of complete organic fertilizer added at planting time, will provide enough nutrition to get summer-planted root crops off to a good start. Surprisingly, many bulbous root crops are “light feeders,” so they can be rotated into a moderately fertile bed — even one that has recently hosted heavy-feeding plants like broccoli. Go easy on the nitrogen (first of the N-P-K numbers on the fertilizer box), as most root crops crave the K (potassium) and trace minerals more than the green-boosting N.

Once the crops are underway, a top-dressing of a balanced fertilizer a few weeks into their growth aids the march toward maturity.

Our low-moisture summer weather frustrates a germinating seed, so tender in its needs. Water equals life at germination time, and consistency is the challenge.

Seeds need moist soil, from sprouting through growth of the second sets of leaves, which can be 2–4 weeks. So summer-planted crops do better if they’re sown a bit deeper than the standard rule of “three times the width of the seed.” With a deeper organic blanket, they won’t become stressed from the soil surface’s frequent drying on hot days. Still, you might need to water twice a day. Some roots (yeah, you, carrots) split when inconsistently watered.

Shade helps the soil hold moisture; stretch floating row cover over the soil before the plants come up. (The row cover will also deter the carrot rust y and the cabbage y, two creatures whose larvae decimate young plants.) Straw mulch also reduces evaporation and can help squelch weeds, although it won’t protect against the bugs.

To keep an eye on the soil moisture levels, delay the San Juan getaway until the new crops are big enough to show resilience to the beds’ drying a bit.

A spectrum of colors and flavors awaits in the fall and winter root selection. Try these planting tips and variety suggestions.

Beets: Plant a rainbow: yellow, orange, ruby, dark red, candy-striped. Chioggia has pink rings, and Touchstone has gold flesh. Don’t plant oblong Cylindra for winter, because too much of the root is above ground and can be damaged by frost. I’ve found the most flavorful tops to be the ones with rich green leaves and dark stems and veins, like Early Wonder Tall Top, but the deep red leaves of Bull’s Blood are hearty, prolific, and striking in winter salads.

Sow through early July for a fall and winter crop, and into late July for overwintering. Thin to 4” between plants, which will take some effort because the “seedball” that you planted has a few seeds in each one.

Carrots: Another colorful root also packed with vitamins. Continuously plant into early July for fall and winter crops, then from mid-September to mid-October to overwinter for next spring’s crops. Winter and early spring crops are crisp and sweet. Thin to 2”.

Try varieties like Dragon or Purple 68 to stock up on antioxidants. Mellow out with Chablis Yellow. Serenade your sweetie with Romance or Bolero, both traditional Nantes types, characterized by smaller cores and fine-grained texture. Merida is a sweet, overwintering star, as are the petite Little Fingers and round Paris Market.

Parsnips: These pale, long-season, copper-rich roots are sweeter than carrots and the essence for many a winter meal. We’re past the prime sowing period of April to May, but you can plant into mid-July; just expect smaller roots. Parsnips want deep, composty soil. They take forever to germinate. Some people sow radish seeds with them to break the soil for the wimpy parsnip seed. Always use fresh seed. Thin to 4” apart and keep well-weeded.

Plant Javelin for a tan, 8” throwing spear, or Gladiator for cream-colored roots that your kids can use for sword fights (well, almost).

Radishes: Two types shine in fall and winter, and neither are red. The small round radishes become strong-flavored in hot weather, so I typically limit them to spring plantings. But try winter radishes! Sow in August and September, then harvest some as fall roots and let some overwinter, because the biennial will deliver a bounty of edible pods in spring that are sprightly and succulent.

The long, white, Asian root known as daikon can be planted in July through early August and harvested carefully (it’s brittle) for the root in winter. The heirloom Black Spanish, offered in round or tapered types, will wow at the table with its asphalt-black exterior and snowy inner flesh, but I grow it for its prolific pod production. Thin to 3”.

Rutabagas: These bulbous, yellow-to-orange roots are a cross between a turnip and a cabbage. They’re less sweet than carrots, and larger and tangier than turnips. Plant by mid-July for fall. They’ll hold under mulch, but eat them by early winter, before the roots turn tough or pest-ridden. Thin to 7”.

Turnips: Fast-growing turnips abound in early spring, and they can be succession-planted through July for roots, with another planting in fall just for the greens. Thin to 4” for full size, or closer for just the greens. “Baby” roots pulled young and Japanese varieties are often sweeter.

While concentrating on summer crops seems appropriate for your breezy meal needs right now, look ahead into the gloom of fall, which can be made richer and more satisfying with a planned-ahead harvest of stealthy, steadfast roots.

Bill Thorness is the author of Cool Season Gardener and Edible Heirlooms. He has been digging roots in his Seattle garden for more than 20 winters. 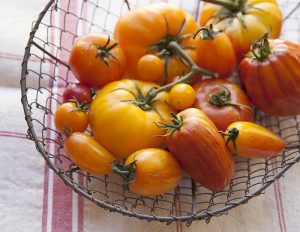 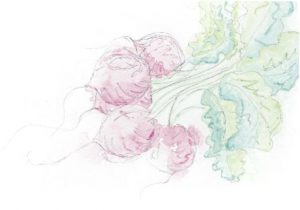 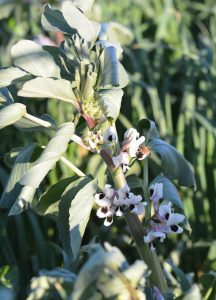