In search of the perfect local strawberry

STORY AND PHOTO BY JON ROWLEY 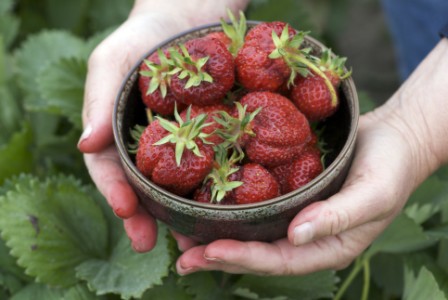 “There it is…America’s strawberry shortcake!” exclaimed Sheila Lukins when I showed her and her assistant Lori the Anthony’s shortcake with its layers of sliced red Shuksan berries, fresh whipped cream and red, red juice cascading over old-fashioned drop biscuits.  Sheila wanted the whole story, to follow it’s making step by step. I couldn’t resist inviting them on a strawberry-picking expedition to Biringer Farms in Marysville the very next day.

My daughter Megan’s fifth grade “School’s Out” celebration would include Shuksan strawberry picking, a pool party and strawberry shortcake. Sheila and Lori jumped right in; they loved it all…the strawberry field, the prepping of the berries, the biscuits, whipping the cream, the shortcake assembly line, and all the fun the feisty kids, free at last, were having in the pool. (Lukins’ U.S.A Cookbook captures the excitement of the day and provides a recipe for the “School’s Out Strawberry Shortcake”.)

I first discovered the glories of Shuksan strawberries some years before, when planning a friend’s wedding feast. It was June; the celebration had to include local strawberries.  On my scouting trip to the Pike Place Market a few days before the wedding, I found several types of strawberries that looked and tasted different, yet were labeled the same: “Fresh Local Strawberries”. A few were ambrosial; some were pretty good, others were disappointingly tart.

I asked for the varietal names—Benton , Hood, Rainier, Tillamook, Totem, Shuksan, Sumas—and then asked each grower which was his or her favorite. Even if they weren’t growing them, the answers came without hesitation: Shuksans, Hoods or Shuksans and Hoods.

The Hoods had outstanding flavor but were a bit smaller. I chose Shuksans. Their red was unreal; each berry had it is own craggy shape. Shuksans had character; they were visually stunning.

I placed my order with the grower who had the best looking and best tasting Shuksans. He cautioned that they were very perishable. They would need to be picked fresh the morning of the wedding. I ordered four flats for pickup at 8:00 am that Saturday morning. To maintain the just-from-the-field look, aroma and taste, he suggested the berries not be refrigerated.

When we rendezvoused on Saturday morning, it looked like each berry had been selected for perfection. They glistened. The red was as red as red could be and when I had them in my car, oh my god, the intoxicating rosy aroma! Presenting them in wide, shallow pasta bowls adorned only with their shine from the fields would surely seduce even the indifferent.

The rest of the wedding feast, including a 25-pound king salmon baked Makah-style on a lattice of cedar sticks, was fine, but years later it was the Shuksan strawberries that had settled into the memories of those who were present. Guests would bite into a berry, close their eyes and not quite believe what they were tasting.

That magic would have an indelible influence on my many flavor quests in years to come. Indeed, in that era when restaurants could only get California strawberries from local distributors, it would lead me to suggesting a local peak-of-season strawberry promotion to Anthony’s which would fit in with their concentration on local, seasonal ingredients. It took two years to work out the logistics of early morning harvest and same-day, afternoon distribution, and to develop the recipe for what Sheila called “America’s strawberry shortcake”, the shortcake that now has a cult following in the Anthony’s restaurants.

Now that local strawberries are easier to access at farmer’s markets and even in some supermarkets, not everyone is enchanted. As was the case when I scouted berries for the wedding, there are different June-bearing strawberry cultivars grown locally. They have very different tastes. Unfortunately, shoppers rarely see varieties identified.

When Seattle food blogger Traca Savadogo expressed displeasure with her first-of-season local strawberry purchase (“sour”), I explained how local strawberries are not all equal and how she needed to learn about the different varieties (and when and where to find them) for her efforts to be rewarded. One thing led to another and the next thing I know I’m leading a caravan of food writers and chefs up to Thulen Farms in Skagit County in search of strawberry nirvana.

Like Traca, most in the group had not yet had their “a-ha” moment with local berries. Thanks to luck with the weather, timing and a young grower who joined in the excitement of our quest, we fell into the strawberries of everyone’s dreams. The Thulens grow several varieties. I had made arrangements with Chris McKnight, a Thulen family member, to give our group first crack at a field of Shuksans.

Supplied with field crates and directions to rows to pick in, our nirvana seekers wasted no time finding plenty of red glistening berries under the dense bright green foliage.  There was as much tasting and exclaiming as there was filling the baskets. “Wow!” said one. “Absolutely incredible!” said another. Other expletives were more appropriate to orgasm than this magazine.

” Each plump, soft berry is red to the core, with a slight minerality in the sweetness that makes them ever the more complex. These berries collapse on your tongue with a plush, velvety texture for an utterly sensual experience. Their full round flavor expands in your mouth until it renders you speechless, until you are left wondering: “If this is a strawberry, what have I been eating all my life”?

McKnight brought the group samples of other varieties that were ripe in the fields. None compared with the Shuksan. What was his favorite? “Shuksans. 10 out of 10.”

When finished with picking, many of us are happily besmirched in red juice. We sat in a circle under a big tree at the side of the field reflecting on the magic of the morning. What did we learn?

James Beard Award-winning journalist Rebekah Denn discussed the effect on her two boys. “It’s one thing for me to tell our boys (as I do) that I won’t buy strawberries in the winter, because they aren’t in season and they won’t taste as good. But they don’t get it at a gut level until they do something like go out in those fields, and pick and eat their own.  I really didn’t understand about the different varieties until today.”

Before leaving the farm, I reminded everyone that Shuksans are very perishable, very fragile and would need to be eaten or processed that very day. Some learned the hard way you can’t hold Shuksans overnight.

The list of Jon Rowley’s accolades includes the initial Seattle Weekly Pellegrini Award, inclusion in the Saveur 100 list of 2008, and currently the only Northwest member of the James Beard Who’s Who of Food & Beverage in America. He’d like to see the refractometer become a standard piece of kitchen equipment. 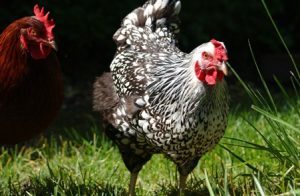 Chickened Out, What the Cluck? 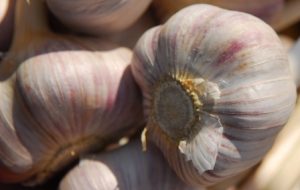 Cultivating the Past- Heirloom Vegetables