Back to That Dirt

Lesedi Farm germinated in the dirt of central Botswana and now bears fruit in the soil of Whidbey Island.

When Dorcas Young tells her friends in Botswana that she’s now a farmer, they laugh. How is America? they ask her. “I tell them I am a farmer and I grow vegetables. And they say, ‘Really? You went back to that dirt?’”

But Dorcas’s Lesedi Farm is no laughing matter. The Botswana native grows a fascinating array of beans, greens, and herbs on two Whidbey Island plots — one in Greenbank, on the island’s northern end, and one near Langley, to the south.

Dorcas’s story begins in the dirt of central Botswana, where she was born and raised. There, her parents had a 500-acre farm, where they raised cows, chickens, sheep, goats, and donkeys, and grew millet, sorghum, sweet potatoes, and cassava. Her father made butter; they never had to buy meat.

“I had that experience of growing up on a farm, so when I started this, I kind of knew what to do,” she says. “But growing up, I hated farming. I hated milking the cows and the goats and their smell. I hated to do all of that labor. I didn’t see the value of it until I got older.”

As an adult, Dorcas found a calling — not on a farm, initially, but as a corporate bookkeeper and accountant for a retail clothing store. Thus, her friends’ laughter upon hearing that Dorcas had “gone back to that dirt.”

Dorcas moved to Whidbey Island in 1996, a year after her husband relocated for his job as a school art teacher. Then she stayed home to raise their five children, starting a P-Patch along the way.

“We had to feed that crew,” she says, referring to the children.

Now her kids are grown — her youngest graduated high school this year — and Dorcas’s garden plot has matured into a farms. Her Langley site, which she first planted in 2013, sports a large hoop house where she grows warm-weather-loving crops, and an outdoor space for the plants better able to cope with western Washington’s finicky weather. Perhaps in a bout of wishful thinking — or as a nod to her ability to grow sun-loving crops — Dorcas named her farm “Lesedi,” which means “sunlight” the Tswana language.

When I visit in the spring, bright tendrils of pole beans are just starting to push out their first flowers. They’ll produce an array of beans with names like scarlet runner, tiger’s eye, and zebra, all of which Dorcas dries for sale. “Beans are really my specialty,” she says. “Last year, I grew 180 pounds. The year before, I had 100 pounds, and they sold out in a month. The scarlet runners are dazzling.” 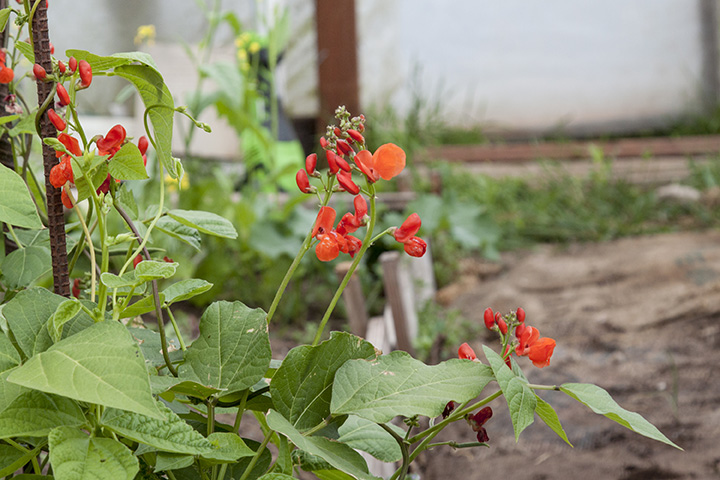 Dorcas also grows favas, several varieties of greens and kale, beets, squash, basil, tomatoes, eggplant, and cilantro. This year, she’s planted a variety of potato that originated in Turkey and Egypt, from which she makes samosas for sale at the farmers markets.

She also shows me a plot planted with a type of spinach called Malabar, which has heart-shaped leaves that look thick and velvety. It’s a warm-weather lover, popular in India and tropical Asia, but Dorcas has coaxed it to life in the damp chill of the Northwest, under the cover of the hoop house. Inside, the temperature can rise to a balmy 90 degrees in summer. “They’re a little slimy, like okra,” she says, referencing another hot-weather crop she magically manages here.

When Dorcas first brought the spinach to the markets, she introduced it with a cooking demonstration to help teach her uninitiated customers how to use it. She also doles out recipe cards with her beans. Dorcas finds that her customers are excited to try new things and many ask for her expertise in cooking with their purchases.

Among Dorcas’s many products are beet and kale chips, and a line of sauces that double as salad dressings. In addition to the farmers market sales, she stocks shelves and a refrigerator in an on-your-honor farmstand that sits next to the Langley hoop house.

And she saves a good portion of seeds, allowing her to cut down on what she has to buy from seed companies. In the fall, she makes sure her greenhouse is stocked with crops to keep the enterprise running in the winter.

Dorcas somehow manages to split her time between the two farm sites, as well as make runs to farmers markets in Seattle and on the island. The vast majority of the work — planting, weeding, harvesting, and preparing her myriad products for market — she does entirely by hand, by herself.

In addition to all of the work of caring for her plants, crafting value-added goods, and taking it all to market, Dorcas uses the skills of her former life with her new business, too, when it comes to the farm’s administration, book work, and taxes. This year, she may finally hire some assistants; she also gets intermittent help from her children.

You’ll find Dorcas staffing farmers market booths at West Seattle, Columbia City, occasionally the University District, and on Whidbey Island. That means a pretty packed schedule at the height of the season. On Wednesdays, for example, she’ll leave Whidbey Island on the 12:30 p.m. ferry, work at the Columbia City market until 7, head back to the island, and work at the farm on Thursday morning before going to the market in Greenbank. “It’s hard,” she says, “But I’m trying my best. Time will tell if I’ll still be doing this when I’m old.”

Dorcas says she’s now looking to buy more land, perhaps five acres, to further expand her enterprise. Maybe, one day, she’ll even operate a food truck to sell her food to a wider audience. “I love doing this,” she says. “It’s not a big moneymaker, but I love it.” If her farmers market sales are any indication, her fan club loves it, too. 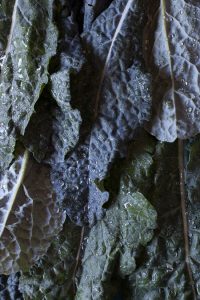 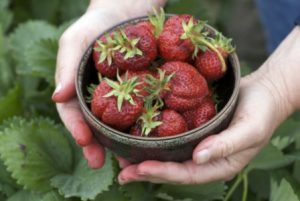