Taking a Bite Out of Global Warming 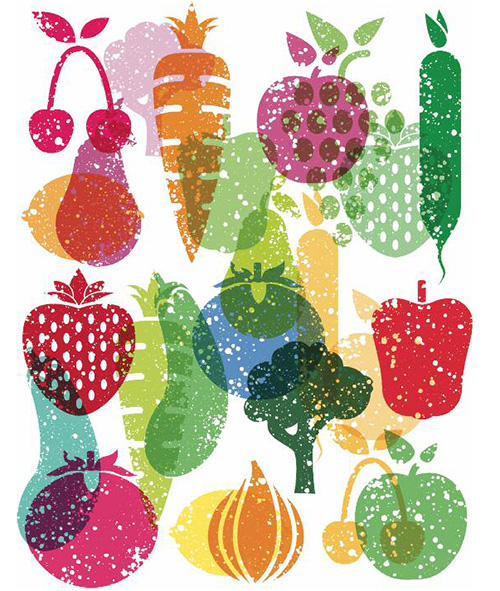 With the arrival of 2017, I began to rethink what this moment needs from us.

Beyond a shadow of a doubt our planet is heating up, thanks to, in large part, our American lifestyle. Many aspects of how we live—the structures in which we live, work, and how we get around—are systems we have inherited from previous generations.  Within them is less room for immediate change.

What we eat, on the other hand, leaves ample room for change, the kind that immediately improves the air we breathe, the water we drink, and the land we call home. If you are curious about ways to make a difference, consider eating less meat.

However, as stridently as I try to eat less meat, I usually fail. In the past, new efforts fell prey to old habits. I did not research adequate alternatives to meat, which left me feeling unfulfilled after meals with an ill-informed reluctance to change my eating habits. Not to mention I come from a long line of omnivores.

Eating animals was, and has always been, a deeply rooted tradition in our home. And so was it for our species. The inclusion of meat provided a dense form of nutrients and protein that, when combined with high-calorie, low-nutrient carbohydrates, allowed us to develop large brains and, in effect, a competitive evolutionary advantage.

However, the eating habits of 100, 1,000, or even 10,000 years ago were entirely different from those of today. Now, many of us eat at the end of a complex industrial food chain, one that requires an unprecedented amount of natural resources and is, as a result, a driving force in heating the climate.

The more I researched, the more I discovered that flexitarianism — a reduction in individual meat consumption — offers an immediate, valuable, meaningful, fast, and inexpensive opportunity to protect the environment.

All food production has environmental impacts, yet the effect of industrial livestock production on global warming is severe. Mass-scale production, processing, distribution, and retailing of animal products in the United States is extremely resource-intensive and accounts for an estimated 9 percent of total greenhouse gas emissions; worldwide, estimates are closer to 15 percent, according to reports by the John Hopkins Bloomberg School of Public Health. This may not seem like a whole lot, but it is more than the greenhouse gas emissions from every car, truck, train, plane, and ship on the planet combined.

According to the United Nations Food and Agriculture Organization (FAO), the livestock sector uses 30 percent of the planet’s total land surface, and the amount is increasing. The FAO also estimates that each day we lose upwards of 50,000 acres of tropical rainforests — some of the world’s most biodiverse habitat. Most of this cleared land is used for feeding livestock. Specifically, in the Amazon, 88 percent of the cleared land has been used for growing animal feed, a report by the European Journal of Clinical Nutrition found. This is equivalent to clearing every tree, plant, and rock from an area the size of Olympic National Park every two weeks, just to grow feed crops for livestock.

Equally unsettling is the strain the livestock sector places on freshwater reserves. Water irrigates feed crops, hydrates animals, cleans stables, and flushes animal waste and effluents from slaughterhouses. Globally, an estimated 22 percent of the water “footprint” of humanity is due to meat production, reported the National Academy of Sciences. They also found that by some estimates, between 1,600 and 2,500 gallons of water are used to produce one pound of feedlot beef. By comparison, according to the Water Footprint Network, a pound of potatoes requires 33 gallons of water.

In January, I sat down and calculated how many of my 21 weekly meals (3 a day, 7 days a week) included meat. I guessed the number was around a third. Turns out that with a chicken salad here, a cheeseburger there, more than half of my meals included animal protein.

With the cooperation of my fiancée—a graduate student in nutritional sciences at University of Washington—we designed a healthy, balanced diet. For a person my size weighing 158 lbs., this entails roughly 58-72 grams of protein per day. I decided 19 of my weekly meals would include protein from plant-based foods. The remaining two meals a week would include meat.

After four months on our new family regime of having some – but fewer – meals with meat, I’ve found that my mental, physical, and emotional health have improved. I also feel I have contributed something concrete to slow climate change. I’ve calculated that, after a year on the flexitarian diet, I will have reduced my water footprint by over 100,000 gallons. In addition, I will have reduced my greenhouse gas emissions equivalent to that of not burning over 1,100 pounds of coal.

This is not to say we all should cut out meat. What you eat is and should remain an intimately personal choice. It should also remain a highly informed choice. Yet it is encouraging to learn subtle changes in human behavior can have salutary effects in curbing, rather than escalating, human induced climate change.

When you grate beets and mix them with black beans, something interesting happens: the mixture looks a whole lot like raw hamburger. Even when they cook, they look more beefy than beety. Cheese lovers, you’re in for a treat: Grated cheese is tucked inside the patties, “Juicy Lucy” style. While the patties cook, the cheese oozes from the inside out and forms a savory crust. 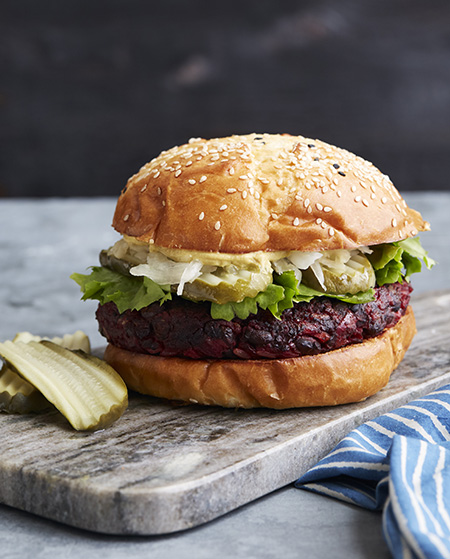 This is a weekend project recipe versus a quickie weeknight dish. These patties involve a few pre-mixing steps, all of which can be done in advance. But you get a lot for your labor—a full dozen patties, which freeze beautifully. I wrap uncooked patties individually in parchment sleeves or plastic wrap and thaw in the refrigerator before pan-frying.

Drain the beans, reserving about ½ cup cooking liquid, and transfer all but ½ cup beans to a large bowl. With a potato masher, mash the beans until they are mostly smooth and pasty (don’t worry about a perfectly smooth mash), adding some of the reserved cooking liquid if the beans get dry. Taste for seasoning, adding a little salt as needed and keeping in mind that home-cooked beans are typically less salty than canned.

Place the beets in a medium saucepan and completely cover with cold water. Bring to a boil over medium-high heat, cover, and reduce the heat to medium, until a paring knife easily pierces the beets, about 1 hour. Drain and let the beets cool before peeling.

When cool enough to handle, peel and grate the beets. You can do this with a fine or medium shredding disk in a food processor or the medium holes of a box grater. You should have about 11⁄2 cups grated beets—don’t worry if you have slightly less. Place the beets in a fine-mesh strainer and drain off as much water from the beets as possible. (You can also use your hands and squeeze like crazy, just beware your clothes as you do so.) Drain the onion of water in the same way; it’s ne to use the same strainer as the beets.

If using whole oats, pulverize in a coffee grinder designated for spices or in a mini-chopper until powdery and flour-like.

Add the drained beets and onion to the mashed beans, along with the reserved whole beans, ground oats, cooked rice, paprika, oregano, salt, and pepper. With a big spoon or rubber spatula, stir the mixture until well combined. Taste for seasoning, adding more salt and pepper as needed. Remember that the addition of cheese will increase the saltiness of the end result.

Using a 1⁄3-cup measuring cup, portion out and shape the patties. You’ll want them to be quite flat, not humped. Cover with parchment paper or plastic wrap and refrigerate for at least 30 minutes. (If are you making cheeseburgers, this chilling step is essential; otherwise, adding the cheese is a mess.)

After chilling, make an indentation in the center of each patty and add 2 teaspoons of the cheese. Fold one half of the patty over the cheese and reshape. The cheese should not be visible.

Preheat the oven to 300 degrees F. Just before cooking, brush the patties with oil on both sides.

Heat a 10- or 12-inch skillet or griddle pan over medium-high heat. In small batches, cook the patties for 5 minutes on each side. You may notice the cheese oozing slightly; this is OK, as the cheese will create a tasty crust. If the pan is looking dry, brush more oil on the surface or on the patties.

Transfer the patties to a sheet pan and place into the oven to keep warm until serving. The patties will be slightly soft on the inside with a firm, crusty coating.

Serve on the buns with your favorite mustard, pickles, or kraut, or on a bed of lightly dressed salad greens. The cooked patties with keep for a few days in an airtight container in the refrigerator. Reheat in a dry skillet.

© 2017 by Kim O’Donnel. All rights reserved. Excerpted from PNW Veg by permission of Sasquatch Books. 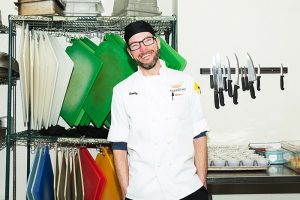 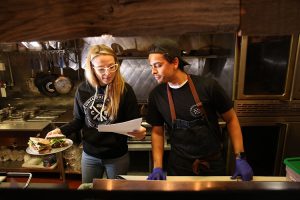