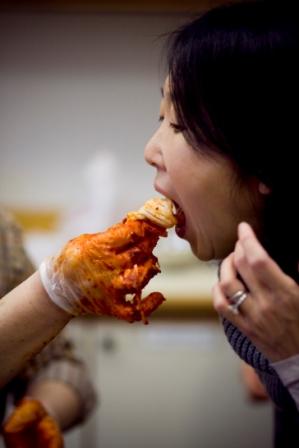 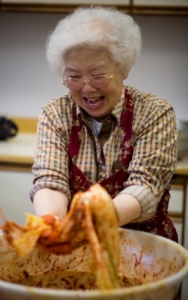 Gather a group of Koreans in one place, and there will be good things to eat. This holds especially true for a group making kimchee, Korea’s signature spicy fermented cabbage. So when I arrive at the United Presbyterian Church of Seattle to crash the church ladies’ monthly pickling party, I’m not surprised to find half a dozen women in the kitchen eating lunch. They scoot their chairs together to make room and wave their hands at me to sit down.This is no quick bite—Koreans take their meals very seriously—but a potluck feast of rice and various side dishes (banchan): seasoned steamed eggplant, sautéed tofu slices with dipping sauce, fish stewed in chili paste and miso, bean thread noodles with vegetables, stewed chili peppers, home-made chicken soup, and kimchee, of course.

Outside the Korean community, kimchee has long enjoyed a cult status among more adventurous foodies, but its pungent bite is not for the faint of heart. More recently, kimchee has received numerous endorsements as a “superfood,” thanks to its high concentration of anti-oxidants, vitamins A, C, and B, and lactobacillus, the beneficial bacteria also abundant in yogurt.

Here, inside the church kitchen, deliciousness is the only thing that matters. In Korea, eating rice without kimchee is practically unthinkable. For most Koreans, in fact, eating anything without kimchee is hard to do—which is why Korean-Americans like me grew up eating Thanksgiving turkey and Christmas roast with a dollop of kimchee and rice on the side. My mother likes to tell the story of how she ate her first slice of pizza in New York City 40 years ago, with some kimchee as a chaser.

It’s because of her that I have been allowed into this pickling sanctum. Like many Korean-American churches, the United Presbyterian often hosts meals for its parishioners. For a church with 450 adult members, this translates into 120 pounds of kimchee hand-made monthly.

The lead pickler at this afternoon session is Mrs. Tae Tuk Cho, a retired nurse who started making kimchee in Korea when she was 15 years old, shortly after her parents passed away. She’s been in the church kitchen since dawn, mixing the pickling spices (yang nyum) and prepping the Napa cabbage (baechu).

There are scores of kimchee varieties—radish and cucumber are among the most popular—but baechu kimchee is considered the gold standard. Most of these ladies started pickling in their 20s as newlyweds, guided by their mothers or mothers-in-law. My own mother, who went to medical school, taught herself when she turned 40. She assures me it’s not too late to learn.

So I watch and take notes as the ladies bustle about the kitchen. Mrs. Cho pours a stream of Morton salt into a large tub of cool water. She mixes it, tastes, adds more salt, then tastes again and nods. The brine is ready. I dip my finger into the water: It’s a lick or two saltier than the ocean water that was once widely used.

The fresh cabbages are sliced in half length-wise with stems trimmed before they are brined. Holding the cabbage stem side down, Mrs. Cho scoops handfuls of salt water over the cut side, making sure the brine washes into every nook and cranny of the leafy layers.

She then places the salted cabbage halves into the bath, where they will sit for two to three hours until they turn limp and deflated. It’s important to inspect the cabbage at this time, to make sure all the halves are wilting evenly. Any hard spots are sprinkled with dry salt, not brine. As each half is inspected, it is turned over for another hour and a half of brining.

The next step is to rinse the cabbage heads with cold water, three times, at most four. All the women caution against over-rinsing. Mrs. Cho gives me a leaf, so that I can taste what a correctly brined and rinsed cabbage tastes like. It’s crunchy and enjoyably salty, like kimchee washed clean of spices, the kind that children are first given to eat. “It will taste different if you rinse too much,” Mrs. Cho warns, “Not sweet.”

Though it’s not the most noticeable taste in the spicy-pungent flavor profile of kimchee, sweetness nonetheless plays an important role, especially in the underlying crunch of the Napa cabbage. For delicious kimchee, the cabbage must be impeccably fresh and sweet.

The other critical ingredient is the chili powder, which must come from Korea. The church ladies chime in unanimously on this point: No other chili powder will do.

Korean chili powder (gochu garu) is sun-dried, which produces an intense red color with a hint of orange fire. Its full-bodied, savory-sweet-smoky bite blooms on the tongue without any off notes. The brownish red chili powder available on most grocery shelves is not only considered unfit for kimchee-making, but pretty much inedible by Korean chili standards.

This chili powder forms the base of the dressing, or yang nyum, that Mrs. Cho mixes in a tub the size of an infant’s bath. Shredded white daikon radish and sliced green onions are added, along with a paste of processed onion, jalapeno, bell pepper, ginger, and garlic. Fish sauce, sesame seeds and sweetener are sprinkled in, very sparingly. I dip my finger into the red paste: It’s the quintessence of kimchee, spice and pungency raised to the nth degree.

This is where the magic happens, when one pickler’s style diverges from another, based on her own way of mixing the yang nyum. There is light-hearted sparring over who, really, is the best kimchee-maker in the room. “I’m sorry to be grabbing the spotlight,” Mrs. Cho says modestly. “These ladies make kimchee better than I do.”

She defers to another pickler, asking her to taste the yang nyum and correct the seasonings. “Needs more salt,” declares the woman. Mrs. Cho shakes out a bit from the Morton’s canister and mixes the dressing again. Another lady steps in and urges her to add more. Mrs. Cho takes another taste, but doesn’t do a thing.

She dons surgical gloves before smearing each half-head of brined cabbage with large handfuls of the yang nyum paste. When the leaves are completely dressed, she folds the bunch in half and hands it to a pickling partner, who places it in an oversized glass jar.

As the last head is folded, I ask Mrs. Cho to tear off a leaf. The taste of unripe kimchee is a good indicator of what the final, fermented product will taste like in a day or two. Some folks, in fact, prefer unripe kimchee, choosing its fresh, direct flavor over the complexity of the final product.

A day after ripening at room temperature, the kimchee is ready. On Sunday, it will be eaten by the congregation, with great gusto and lots of other banchan. My mother, who was given a jar for her efforts, has invited me for lunch.

Opening a jar of kimchee for the first time is like unwrapping a surprise gift: you really, really hope you’ll like what you find inside. There are lots of little things that can go awry during fermentation; the end result will mercilessly reveal any miscalculation of spice or salt.

My mother removes the lid of the glass jar and peels away the plastic film that’s been placed on top, so the juices can’t evaporate. The lovely, heady stink of pickled cabbage explodes into the room. I swallow several times.

As we eat, my mother promises me, in Korean, that as long as I know what good kimchee tastes like, I’ll be able to pickle some, even without her help. It’s a comforting thought to keep in mind.

Sumi Hahn is a retired restaurant critic (Times-Picayune, Seattle Weekly) who writes on food and classical music. Look for her upcoming blog, www.sumisays.com 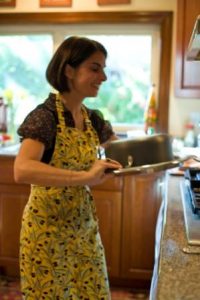 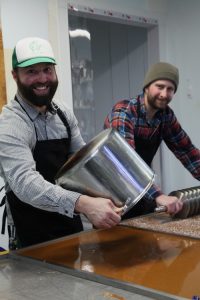