STORY AND PHOTOS BY JULIA HARRISON 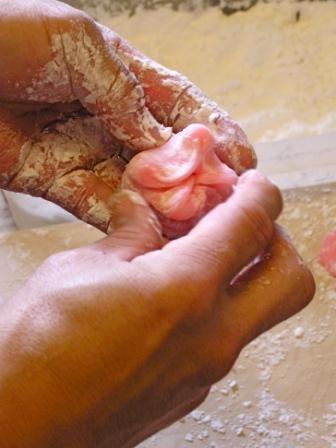 Visits to the Sagamiya bakery were a regular feature of Art Oki’s Seattle childhood. At least every other week, Oki and his mother would travel to the popular spot on Main Street in the area known as Japantown. They would step through the glass doors with their usual favorites in mind, only to be tempted by something new.

Among Sagamiya’s specialties were numerous manju, Japanese-style cakes baked or steamed using rice or wheat flour, and frequently filled with sweet bean paste, or anko. From these limited ingredients, Sagamiya fashioned an array of manju. Oki vividly recalls, “Ooing and ahhing at what variety there was, and the freshness and the smell…you walk out with flour all over your clothes and you know you’ve been there, and you’re just excited.”

Sagamiya’s sudden closure in the 1970s came as a shock to many. For Oki, it was ultimately life-altering. During the decades he worked in business and local government, Sagamiya stayed in Oki’s thoughts. He missed fresh manju, of course, but he also was troubled by the sense that Seattle had lost something more that just a bakery. Today, Oki is forging a new career in retirement, as the owner and chief manju maker of Umai-do, Seattle’s newest manju shop.

Oki learned his craft at Fugetsudo, a 100-year-old bakery in L.A.: “They took me in, took me step by step through learning the process.” For five years, Oki spent a month or two of each summer in Fugetsudo’s kitchen at his very own manju boot camp. “I knew it was very labor intensive,” he laughs, “but I didn’t know how labor intensive it really was!”    One of his earliest lessons was in making the doughy rice paste called mochi. As he demonstrates the process it becomes apparent that Oki’s training included many tricks of the trade. To make mochi, Oki mixes granulated sugar with mochiko, a glutinous rice flour. After adding water he checks that the consistency is just right: “So it’s kind of gummy, but it still flows off your hand.”

The mixture steams on the stove for about an hour, emerging as a remarkably sticky blob. Oki gives his mochi a fluffier texture by re-cooking it in small batches in a large wok. He dusts the hot mochi with katakuriko potato starch to stop it from adhering to everything within reach, then divides it into small balls. One by one, the balls are flattened and topped with a dollop of anko (made ahead in large batches). Then comes the tricky part: using his fingertips, Oki rotates each manju rapidly, stretching the mochi over the anko and pinching the raw edges together into a tiny navel.

This requires a level of dexterity more usually associated with magicians or pickpockets. Oki remembers that his first pitiful attempt left him feeling like a hopeless klutz. Luckily, his teacher shared a trick: “Take an egg and practice with your fingertips to roll the egg. That’s the motion that you have to use for making the round pieces.”  With a flick of his wrist, Oki throws the manju down from about eight inches above the work surface.  The impact seals the seam on the bottom of the manju without distorting the overall shape. Because the katakuriko has an extremely short shelf life, Oki brushes off any excess starch before gently placing each manju in a frilly paper cup.

Umai-do features four flavors of mochi-wrapped manju (also known as daifuku). Habutai is a classic combination of red anko and white mochi. Add a pinch of powdered mugwort to the mochi and you have the grayish-green yomogi manju. Top the yomogi manju with a pale brown powder made of toasted soybeans, and you have kinako manju. Pink mochi (the only manju without a Japanese name) has a cheerful exterior, hiding a core of smooth white anko, or shiroan.

Also on offer are dorayaki, tiny pancakes sandwiched together with bean paste; Oki uses a miniature branding iron to sear a decorative design on top. Imogashi is Umai-do’s signature sweet, a ball of shiroan that is battered, baked, and rolled in cinnamon. Literally “potato sweet,” imogashi’s name refers to its humble, lumpen appearance. Oki says this “Japanese version of a snickerdoodle” becomes a fast favorite of almost everyone who tries it.

Oki’s relationship with imogashi goes back so far, he jokes that he was practically “born with one in my hand.”  He grew up attending the Nichiren Church, where homemade imogashi have been a mainstay of the annual fundraising dinner for decades. The sweets sold so quickly that the church limited the number any one patron could buy. Oki would buy the maximum, “Then I’d see if any of my family members didn’t want their portions and ask them to buy their full limit. So I would have probably four dozen in the freezer to last me the full year.” Oki now makes imogashi with the Nichiren congregation’s recipe and its blessing. One of the major perks of his new job?  “Now I can have imogashi any time!”

During the decades that Seattle lacked a Japanese bakery, Oki also formed an informal import network with other manju lovers. Anyone returning from a trip to California or Hawaii would load their carry-ons with fresh local manju: “You’d put them in the overhead bin and hope for the best!” Touchdown was followed by a hurried delivery run; it was often 1am by the time all the manju were distributed.

Today, that long-established tide is starting to turn.  Manju are once again flowing out of Seattle, carried by travelers to places as far-flung as Chicago, Virgina, and Hawaii.  Although Oki strives to make his manju as delicious as possible, he emphasizes that Umai-do is about more than tasty treats: “It’s family and friends, getting together, having a box to share and enjoy, and thinking of good times past.”

For a field guide to bean paste, click here.

Julia Harrison is an anthropologist and writer who disguises her sweet tooth behind academic curiosity. She chronicles her favorite treats at sweet-travel.blogspot.com 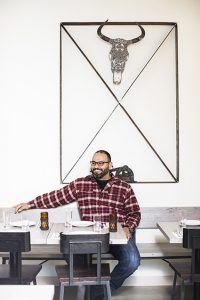 From Mexico with Love 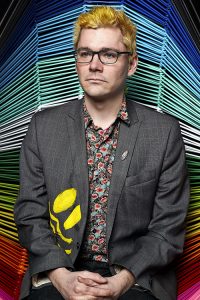 Makings of a Renaissance 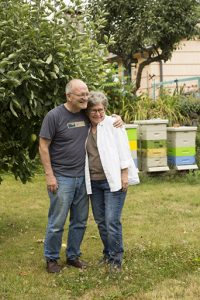