Of Land and Sea

On Lopez Island, diversity is
the key for Jones Family Farm 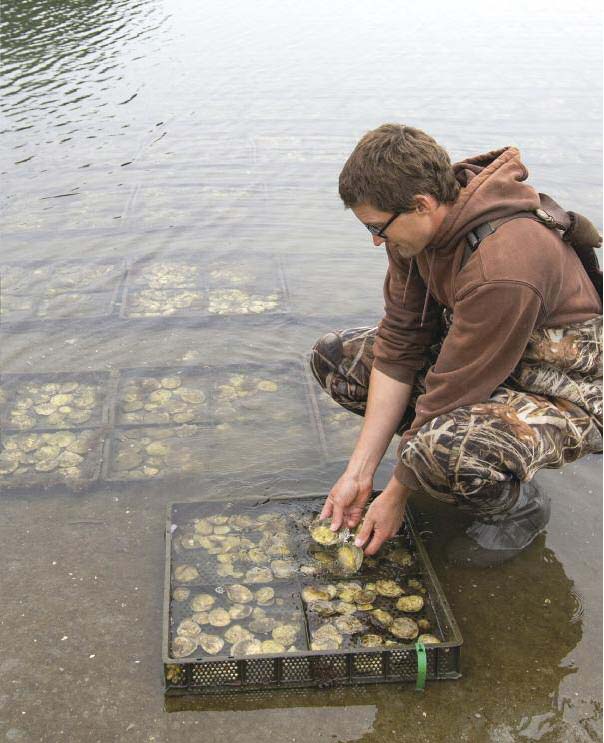 Inside, surrounded by a broad ring of white shell, sits a dollop of meat that tastes of copper, butter, and pepper. The European Flat is a rare oyster for Washington State. As Nick explains, the once widespread oyster hasn’t been available in the state for four years, due to new regulations that restrict its production to the same bay where its seed is produced. Nick’s Jones Family Farms (JFF) on Lopez Island happens to be the only place in the state where this can happen.

JFF’s shellfish operation is just one aspect of a multi-faceted enterprise, one that has humble beginnings but has grown to include seafood distribution, shellfish farming, and meat production. The story of how Nick and his wife, Sara, built their business is a love story—to the land, their animals, their community, their four children, and to each other.

To hear Nick explain things, there’s also been a fair amount of good luck involved, rather than brilliant business acumen.

Nick got his start as a commercial fisher on Lopez Island in 2001. Around the same time, he met Sara, a New York native who had grown up on a dairy farm and moved to the San Juan Islands to pursue sustainable farming. They began raising cattle together, and in 2005 jumped on an opportunity to buy a 5.5 acre shellfish farm, where they raise manila, littleneck, and butter clams, mussels, and European Flat, Pacific, and Olympia oysters.

“We got the shellfish farm cheap and everybody laughed at us,” Nick says. “They thought we were crazy. If it had been in Shelton or the Hood Canal, there would have been a bidding war with people leaping over each other.” But on Lopez Island, where no other shellfish businesses existed, this sort of thing was unprecedented. Nick recalls being laughed at by the mail carrier, who told him, “That’s the stupidest thing I’ve ever heard off. What do you think you’re doing?”

But for Nick and Sara, the move was all about seeing the potential on the island, where he says there’s lots of unused shellfish ground. And the land, with its combination of tidal lagoon and tidelands, turned out to be ideal for shellfish farming. The Joneses soon realized that oyster seeds were in short supply and, sensing yet another opportunity, they launched an oyster seed hatchery. “Being in the position to encourage and expand shellfish growing in San Juan County is super exciting,” Nick says.

Nick sold his fishing permit in 2009. “That was a reflection of the growing complexity of what we had going on in other arenas, and the fact that we kept having children. At a certain point, being on a boat all the time wasn’t working,” he says. Nick had also noticed a decline in fish numbers and no longer saw fishing as a productive way to earn a living. From there, Nick and Sara expanded into a full service seafood distributor, working with local fishers to bring fresh local and Alaskan salmon and halibut to restaurants and stores around the region. They also now process and distribute meat from local farms in addition to their own, the raising of which is Sara’s main project. She oversees the managing of the farm’s 40 to 60 cattle, 60 to 100 pigs, 120 goats, and around 40 sheep.

The animals are raised organically on a rotational grazing system. “I like to see that the animals are on a program that will benefit them, as well as see the land get restored and maintained in a good degree of production and diversity,” Sara says.

Lopez Island receives little rain and has a mild winter, so the animals can stay outside for the better part of the year. “It’s good for the animals,” Sara says. “Having creatures like pigs in confinement isn’t a pleasant thing. They’re so much happier outside.” Sara also oversees a one-acre garden that is primarily used to feed the family, as well as provide food for the enterprise’s 20 staff members to take home as part of their benefits.

The couple’s latest venture involved purchasing Link Lab Artisan Meats, a small-scale sausage production company in Seattle that closed in 2014. The Joneses had been a customer, and Nick saw yet another opportunity to diversify. Now, Link Lab is back in business, processing meat from Jones Family Farms and other local farms, producing a line of sausages, bacon, and charcuterie out of their North Seattle plant and selling to restaurants and groceries.

Despite all of this growth, Nick and Sara sometimes find themselves at odds with what is happening on the rest of Lopez Island. “The backdrop to the last twentysome years that I’ve lived here off and on, is the steady decline of agriculture,” Nick explains.

“Forestry is pretty much done, and fishing is now a shadow of what it used to be.”

Over the years, the island has transitioned away from agriculture and towards residential use, and it’s a trend that makes Nick feel like they’re swimming against the current. “We see this as our opportunity to have this productive base on the island and be a part of rebuilding a productive economy here.” It’s working overall, but Nick says they compete with the “prickly realities” of fighting the trend towards residential growth and agricultural decline. There’s a mix of supportive residents and those who don’t want a farm near their valuable real estate.

And there are challenges inherent to farming on Lopez, where the land has been overused and needs to be built back up, fences repaired, soil fertilized. “Sarah and I talk all the time about how we’ve been doing this pretty hard for 14 years and we feel like we’re just barely starting. Pieces of land that we’ve had now for seven, eight years are just starting to turn around,” Nick says. This year’s drought has made things particularly difficult for their grain production, which they use to feed their livestock. And there are logistical and financial burdens associated with transporting meat and seafood to the mainland.

But Nick and Sarah have never shied away from making something out of nothing. “Everything we’ve done is a reflection of the unique opportunities and limitations on Lopez Island,” Nick says. “It’s very rewarding to have all these learning curves that end up being pretty wonderful.”

The strategy has always been one of diversification, according to Nick. “We’ve had this slogan for years that when things are bad and we can’t pay our bills, we diversify. And when things are good and we have some extra money, we diversify.” He says they’re following a historical pattern on Lopez Island where many people made their livelihoods with a farm and a fishing boat and a timber cutting business in winter. “Diversity makes it more interesting for us day to day, but it also just meshes really well with the place,” Nick says.

Apart from the financial benefit of diversification, Nick says their work is built on a “passion for rural economy and for high-quality food production.”

Their business has become a lifestyle, and that also makes it a family affair. Nick and Sara’s four children (ages ten, seven, five, and three) help out with small tasks around the farm. “I grew up in a household where my parents both went off to work and came home tired and stressed,” Nick says. “But our family life is immeasurably richer because of the work we do and the fact that our children get to see it firsthand. I also feel like our kids are getting a sense of the broad spectrum of life’s possibilities.”

Megan Hill is a Seattle-based food and travel writer. Read more from her at meganhillfreelancewriter.com. 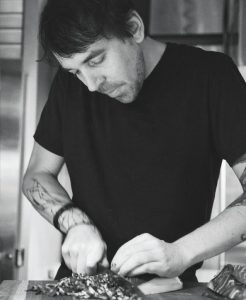 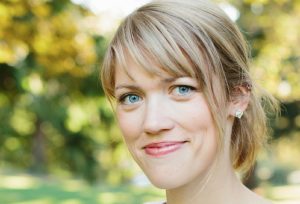 Life at the Table