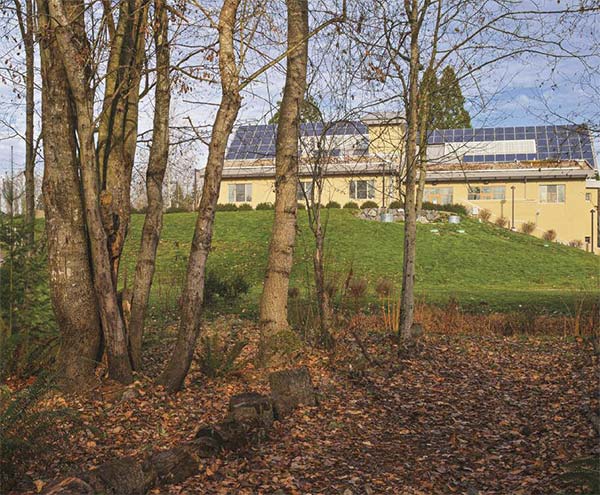 A Living Laboratory of Food and Farming

BY ANNA GOREN
PHOTOS BY ED SOZINHO AND SHG PHOTOGRAPHY

Just a stone’s throw from a cluster of fast-food restaurants in downtown Woodinville sits a swath of lush Sammamish Valley farmland. With nothing but a small sign to separate it from the busy road, it’s easy to miss the nondescript office of a nonprofit sitting on 21 acres of land — not quite a farm, but not quite a school or market, either.

21 Acres is a “Center for Local Food and Sustainable Living,” situated on a bucolic corner of unincorporated land on the edge of the Burke-Gilman trail, just 20 miles from Seattle. It’s the kind of place that employs farmers alongside nutritionists, chefs, and educators. It serves as a regional food hub for a network of hundreds of nearby producers who supply local, organic vegetables that will wind up in the cafeterias of Harborview and Amazon, in addition to the kitchens of some of Seattle’s best restaurants. Absent are the ramshackle farmhouses associated with agrarian living. In their place stands a three-story, modern, LEED-certified building, complete with a shiny indoor retail space used as a weekend market and deli.

Since it broke ground in 2009 as a nonprofit with a focus on education, advocacy, and food system collaboration, 21 Acres has been more than a working farm — it has been a living laboratory for food ethics, where visitors get a taste for what the future of sustainability might look — and taste — like.

Even in a society with a growing consciousness around ethical food production, it is a challenge for many to actualize the ideals held up by the food movement. Farmers face prices deflated by government subsidies; restaurant owners struggle to adapt business models in a precarious industry; and consumers navigate convoluted marketing campaigns at the grocery store, forced to choose between labels such as “sustainable,” “healthy,” and “GMO-free.”

But from the moment you set foot in 21 Acres, there is a freeing sense that anything is possible. On any given day, there could be a class on worm composting or permaculture; trucks delivering greens from a nearby farm to be packaged and sent to a school cafeteria in Seattle; a seed-saving project underway out in the field; or a farmers’ market bustling on the ground floor.

But perhaps the most profound experimentation at 21 Acres takes place in the nerve center of the organization — the kitchen — where food grown on 18 acres of working farmland makes its way in and out each day. At the helm is a collaborative kitchen team led by Asako Sullivan, a Tokyo-born, French-trained chef who has a knack for pushing the boundaries of ethical eating with a quiet disdain for “the way it’s always been done.”

Sullivan insists that what she and her team do at 21 Acres is not just “farm to table,” which elevates the idea of eating food from the farm but ignores other essential elements of ethical eating. Instead, they take it a step further by fully integrating ideas of local, seasonal, sustainable, and healthful eating into every element of their work, from prep to clean-up. As a result, the 21 Acres kitchen exists as a sort of model for what sustainable cooking could look like in a not-too-far-off utopian future of food. That means giving up some of the most fundamental staples of any home or restaurant kitchen across America today, including Tupperware, olive oil, and, yes, a dishwasher.

Sullivan is the first to admit that committing to ethical cooking from soup to nuts is not easy. She works with a dietician to help reduce refined sugars and starches in the meals she prepares for volunteers, events, and cooking classes throughout the year, while fine-tuning recipes to make sure they stay delicious. She washes dishes by hand alongside other kitchen staff to avoid wasting water, and she meticulously plans meals to reduce the amount of wasted food. By using foods from stem to leaf to root and effectively planning days in advance for each dish, she avoids the liberal use of plastic wrap that is common in most restaurant kitchens for prepping the mis en place and storing leftovers.

“We waste a lot of food in this country,” says Sullivan, justifying her zero-waste food policy. “At the end of the day, you could have food that’s from the farm, but if there’s a big pile of it that gets thrown away, that’s not a successful meal.”

Perhaps the most radical of all the rules in the 21 Acres kitchen limits foods that come from outside the Pacific Northwest to a few spices, some chocolate, and coffee. No lemons, no bananas, and no olives.

Instead of olive oil, Sullivan uses camelina, a grassy, flavorful oil from the brassica plant family that grows across Washington. Sullivan predicts that with a high smoke point and a large proportion of omega-3 fatty acids, the oil will become more popular among cooks looking to steer away from genetically modified canola oil — or olive oil that travels thousands of miles from Europe.

Rather than seeing her job as a series of roadblocks, Sullivan sees an opportunity to be creative and eventually help develop and implement sustainable strategies for home cooks and chefs in Seattle.

“I’m lucky that I get to do what I do,” she says. “If I had my own restaurant, I couldn’t do this. But I have room to experiment, and I want to be able to share my findings.”

Her experiments include using natural dyes, such as beets and dried carrot leaves, for decorating cookies and cakes; working with local producers to develop recipes for soft, springy breads with high wholewheat content; and adapting dishes from around the world to local ingredients, like her signature miso made from garbanzo beans grown in Washington.

Growing up in Japan and studying at Cordon Bleu, Sullivan was never prepared to forgo her passion for world cuisines. In the 21 Acres kitchen, she has developed recipes for everything from za’atar — a Middle-Eastern spice blend typically made from hyssop, sesame, and sumac — to green curry made with locally grown rhubarb in place of lemongrass.

Sullivan’s experimentation and collaboration with other professionals — including master gardeners, dieticians, and farmers — led to a class series called “Taste of Place,” which plunges participants into a deeper dive of local cooking that explores the particular terroir of the Puget Sound.

“The culinary program at 21 Acres is an extension of all of our missions,” says Amanda Bullat, a registered dietician and 21 Acres’ sustainable food and nutrition education coordinator. Bullat explains that the cooking and eating that takes place in the kitchen is a step in a closed-loop system — one that is just as powerful as the growing and selling beforehand and the composting afterward.

“When we choose to purchase and eat foods grown locally, seasonally, and organically, we support our local economy and create a livelihood for local family farmers that in many cases have been tending their lands for several generations,” she says.

Despite their enthusiasm, the staff at 21 Acres is realistic: Few people are able to fully integrate the organization’s full standard of sustainability into their own lives. According to 21 Acres, that’s perfectly fine.

“We’re not here to judge people,” says Robin Crowder, marketing and development director at 21 Acres. With young children of her own, she knows the challenges of trying to eat healthfully on a budget.

Bullat, who doesn’t plan on giving up chocolate or avocados anytime soon, stresses that when people aren’t able to eat local, the focus remains on sourcing from ethical companies like Theo Chocolate.

And, according to Sullivan, even if those who visit 21 Acres take away just a small piece of 21 Acres’ experimentation in ethical cooking and incorporate that into their work and homes, it will make a difference in changing the food system. It’s why she is eager to share her recipes with guests and participants and hopes to begin roundtable discussions with Seattle-area chefs about the challenges and successes of using sustainability practices in high-volume kitchens.

Farmers, too, approach Sullivan for help with sustainability. They come to the 21 Acres kitchen with ideas for special projects like making ice cream using local fruit and eggs, or to problem-solve when stuck with a surplus of quickly ripening fruit. For small farmers, these questions are not just about a gold standard of food ethics, they can be essential matters of business and livelihood.

We are lucky to live in a region that is rich with diverse, seasonal crops and a vast network of farms and ethical producers. But the 21 Acres kitchen is an important reminder that the battleground for foodsystems change need not only be the farm, the grocery store, and the courthouse. The kitchen — the tiny microcosm of the food system where we do our best gathering and our best experimenting — may be just as important.

Anna Goren is a writer living in Seattle, where she has covered the intersection of food and social issues since 2012 as a freelance writer and columnist at The Seattle Globalist. Her other writing has appeared in Crosscut, The Jewish Daily Forward, SHIFT Magazine, The Atlantic, and others. When she’s not writing, she can be found obsessing over her leftovers at tuppups.com. 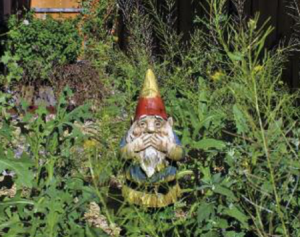 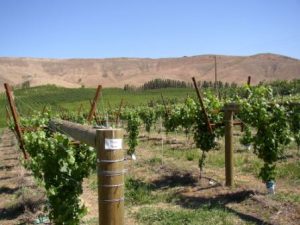